While many schools in the Totonac communities claim to be bilingual, none actually have bilingual programs in place. Most teachers are not native Totonac speakers and the absence of resources and language materials makes revitalization efforts even more difficult. While we hope that in the future this webpage may be further developed, we would like to acknowledge those efforts by community members who are genuinely concerned and taking active measure for maintaining their language.

One of few Totonacan language classes are conducted in the San Pedro Tlaolantongo Bachillerato (middle school). These students come from various Totonacan communities and each speak a different Totonacan language. With the instruction and guidance from their professors, here Ángeles Barragán Álvarez, the students have created computer program games to learn Totonacan vocabulary items. 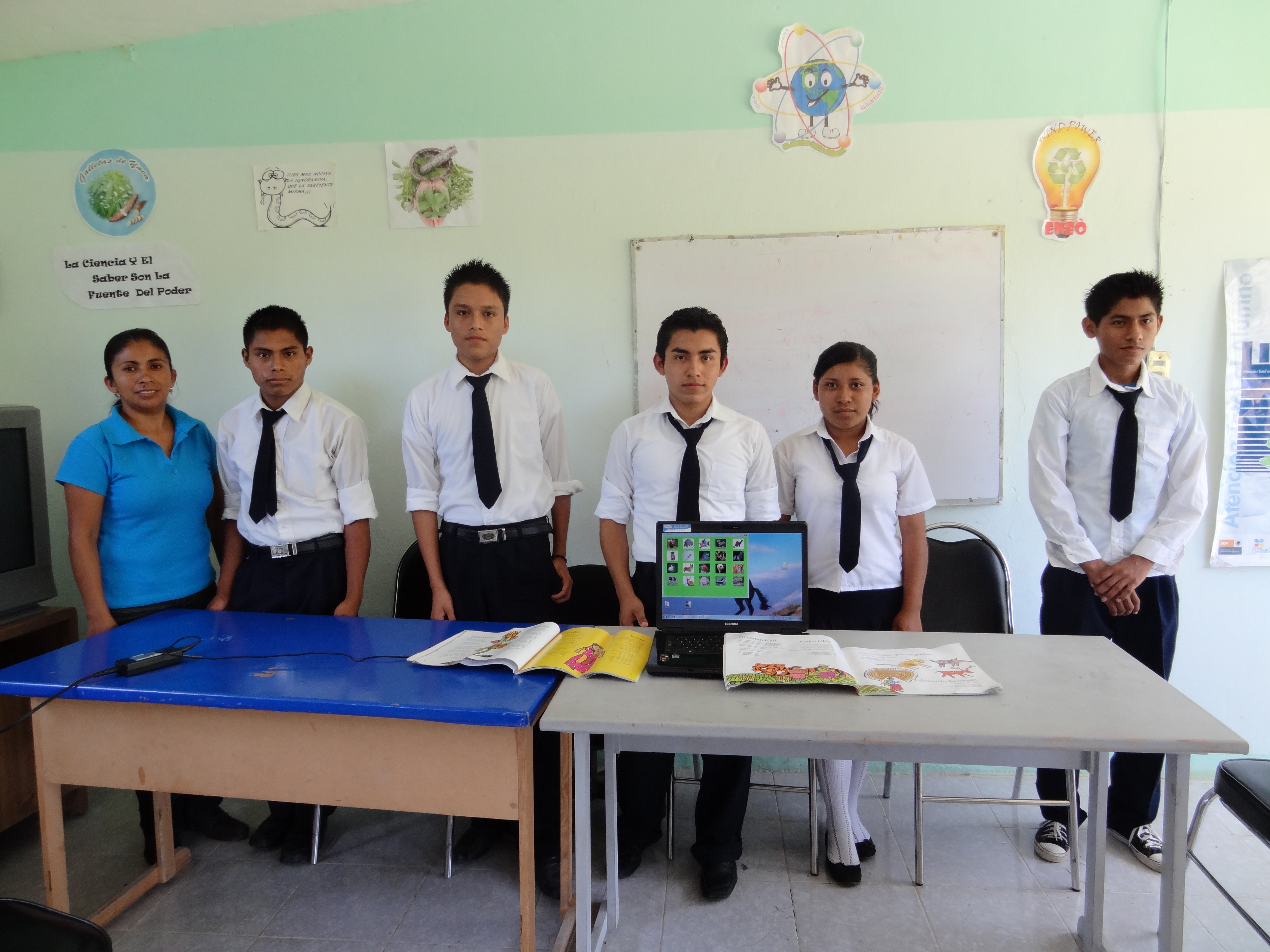 Language Vitality in Other Totonac Communities 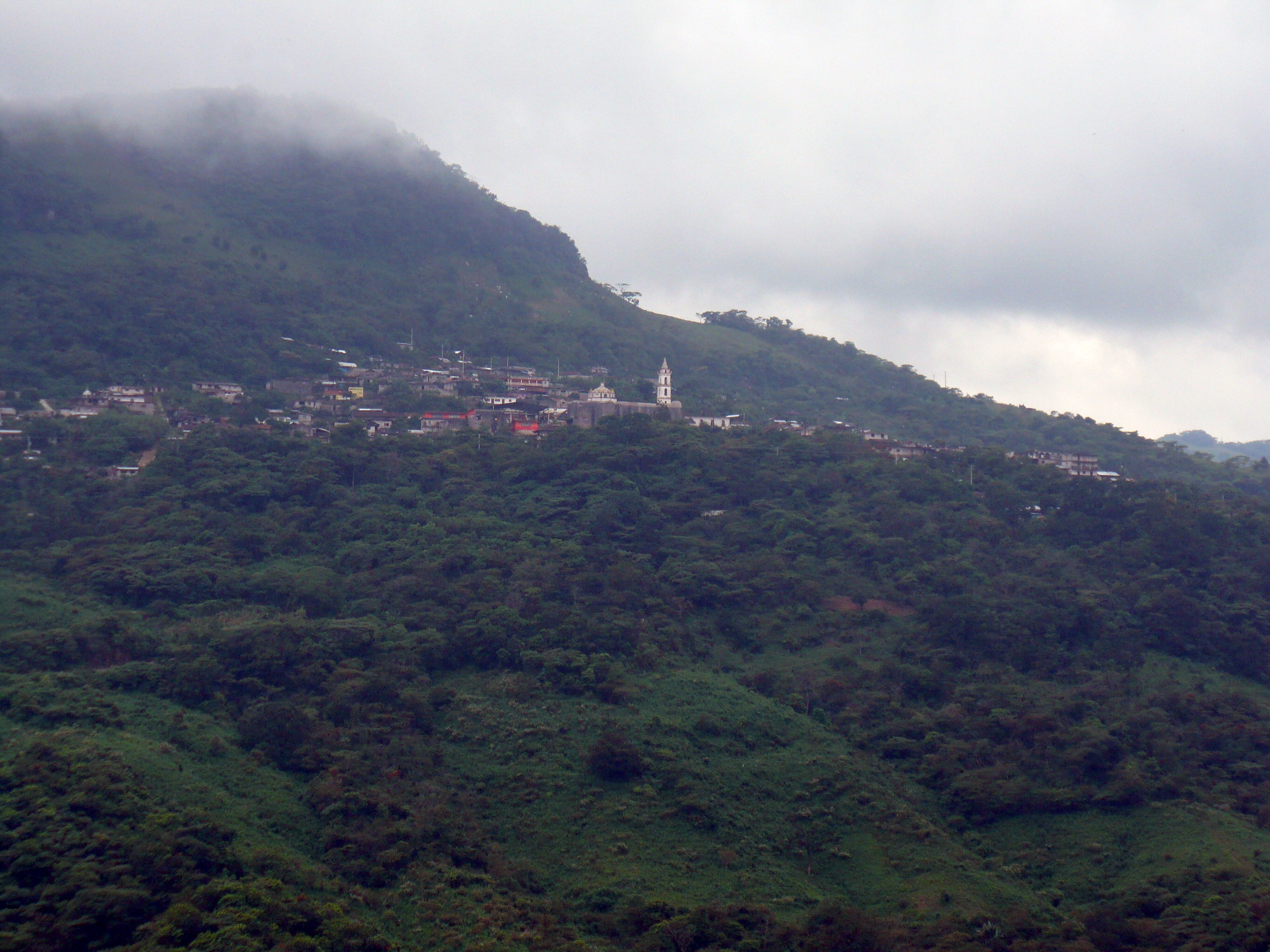 In contrast to the communities of Chicontla and Patla, other Totonac communities still enjoy relatively high language vitality. In Ozelonacaxtla, Huehuetla, Puebla, for example, Totonac is still learned in the home, spoken by children amongst themselves during play, and valued for its local meaning as a symbol of membership to the community. 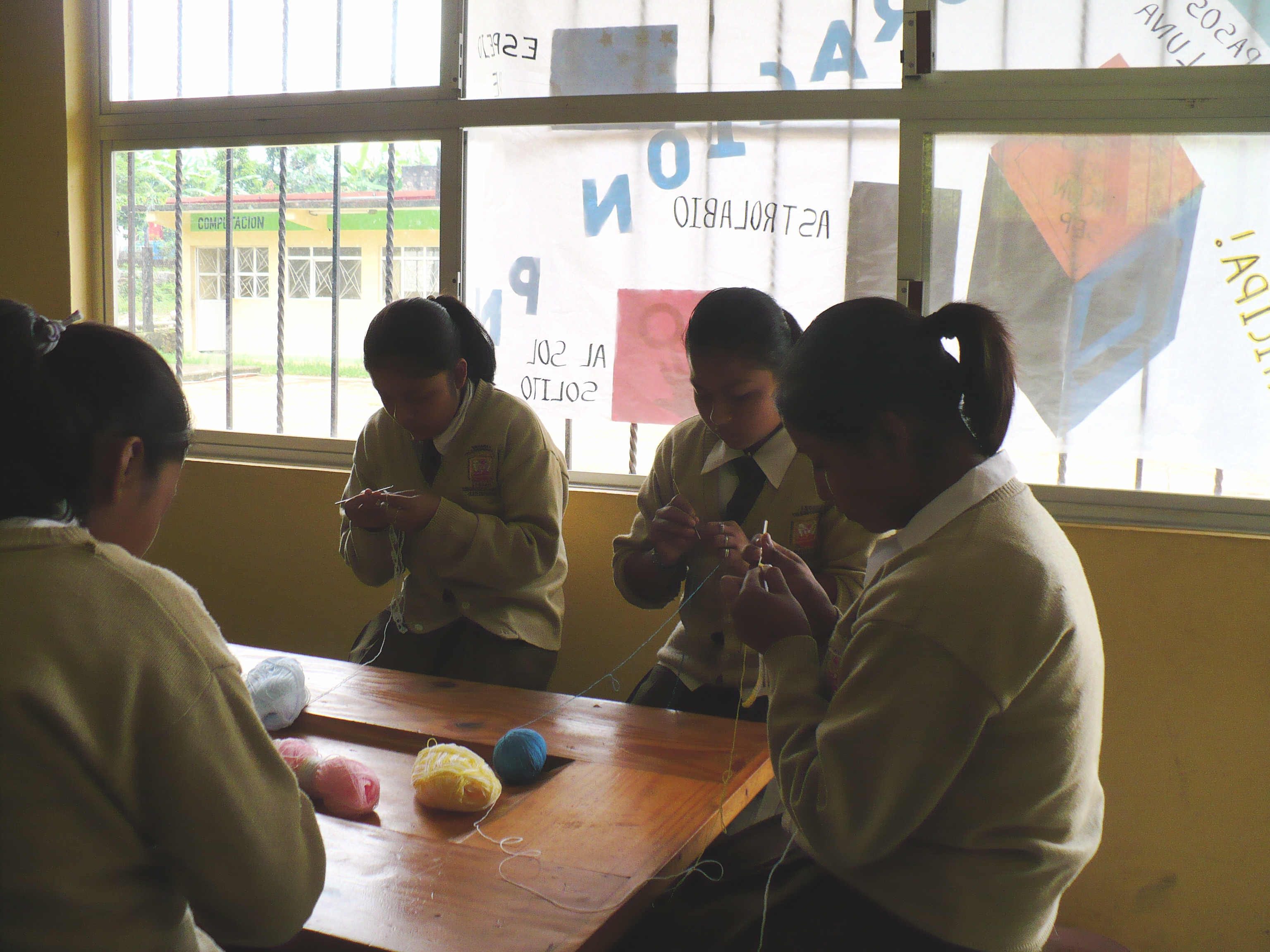 Secondary school girls learn to crochet, weave, and do needle point. Young people address each other in Totonac when they are not in school. 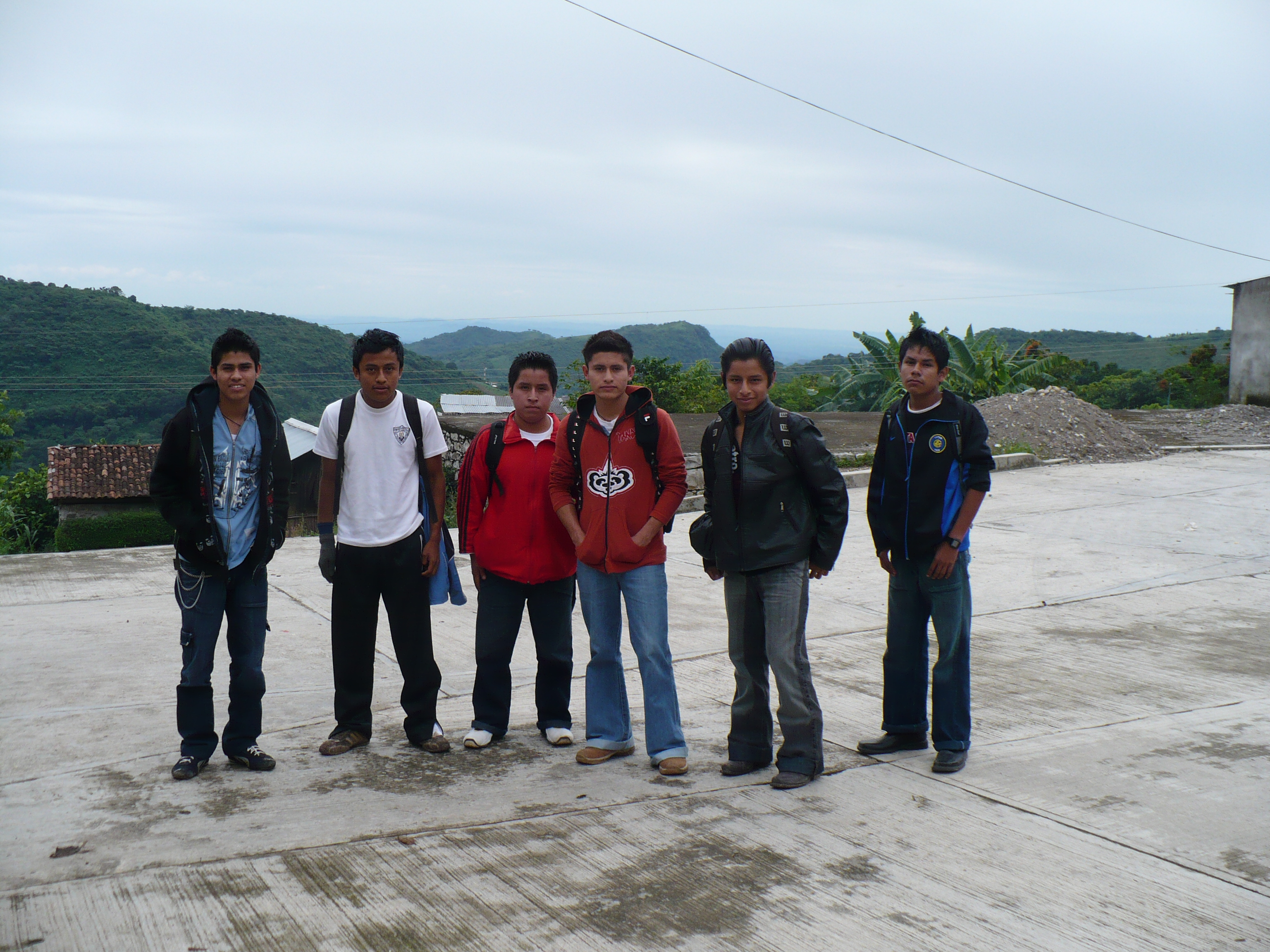 Why is there such contrasts is language maintenance across communities? The answer is entwined in the balance of multiple factors including increased bilingualism, access to Spanish education, economic and political integration with the majority Spanish-speaking population, migration of young people in search of work, and attitudes towards Totonac and Spanish. 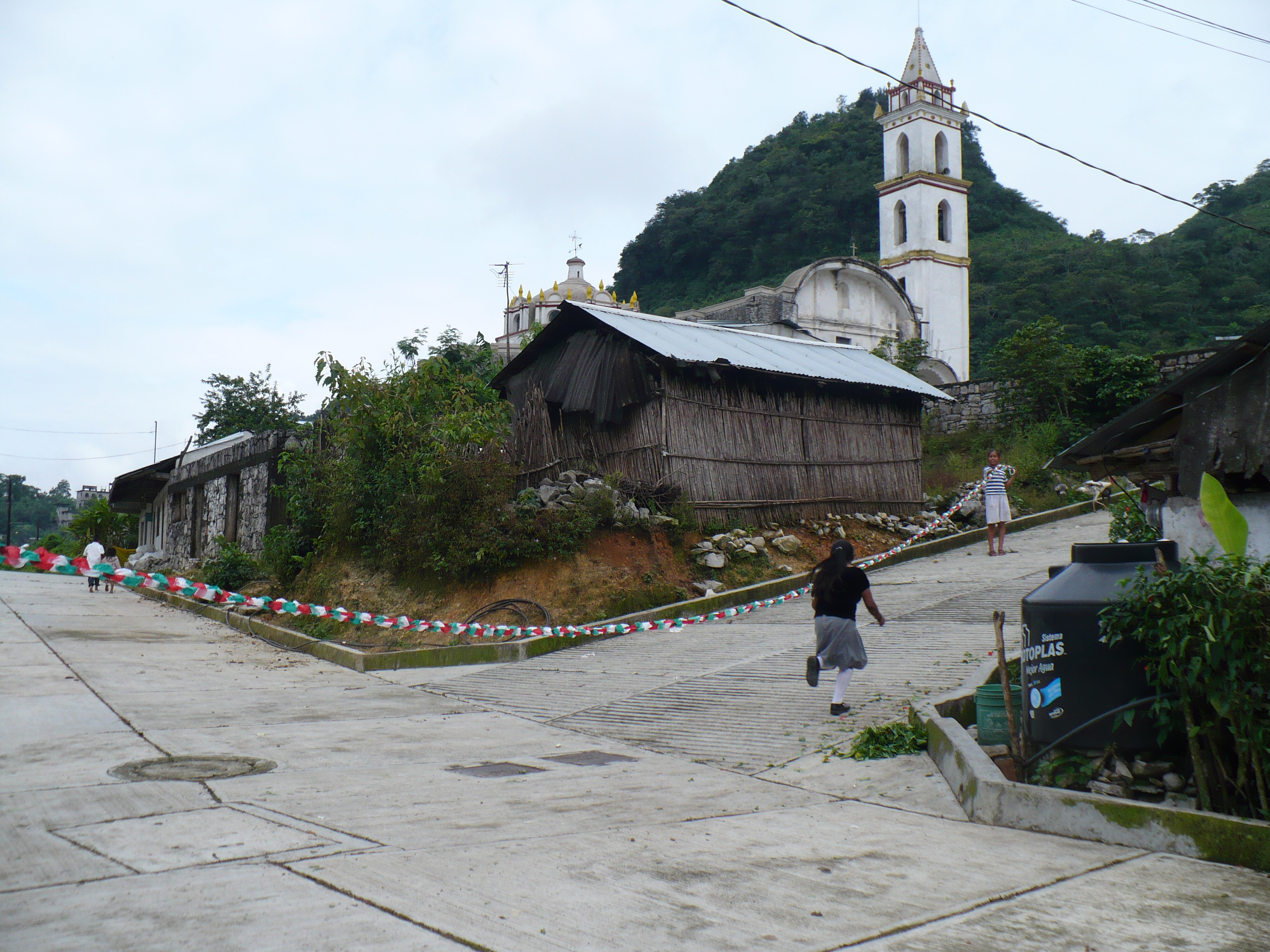 Primary students stretching out a Mexican Independence Day chain on Sep 16 2008 in Ozelonacaxtla.

Overall, Spanish use is restricted to school, church, and with outsiders, institutional domains, and Totonac is the dominant language between all age groups in daily local activities across the community. Totonac is highly valued in Ozelonacaxtla and there has not been a significant shift to the use of Spanish in the home observed in other villages.

“The same in…Totonac, so that his [son] friends will understand him because the other kids, they don’t speak Spanish…and for his grandmother too, so that she understands.” (G, woman age 27, July 8, 2008)

“The [family] always, always speak Totonac. Even the smallest child. When we go there, they give us something, but they never speak in Spanish…A Totonac is never embarrassed of his origins.” (W, male age 28, June 30, 2008) 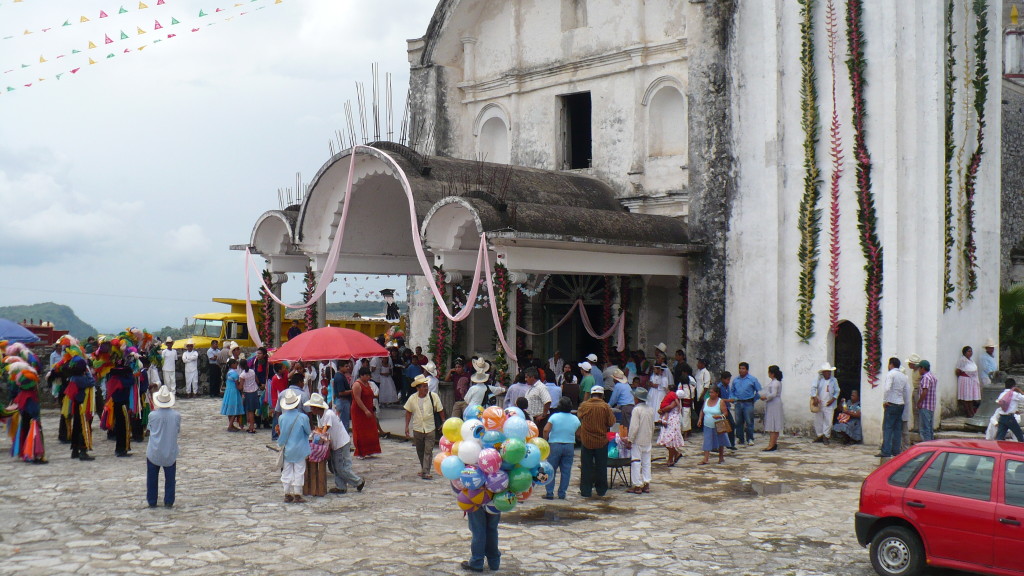 Church in Ozelonacaxtla decorated for the feria. 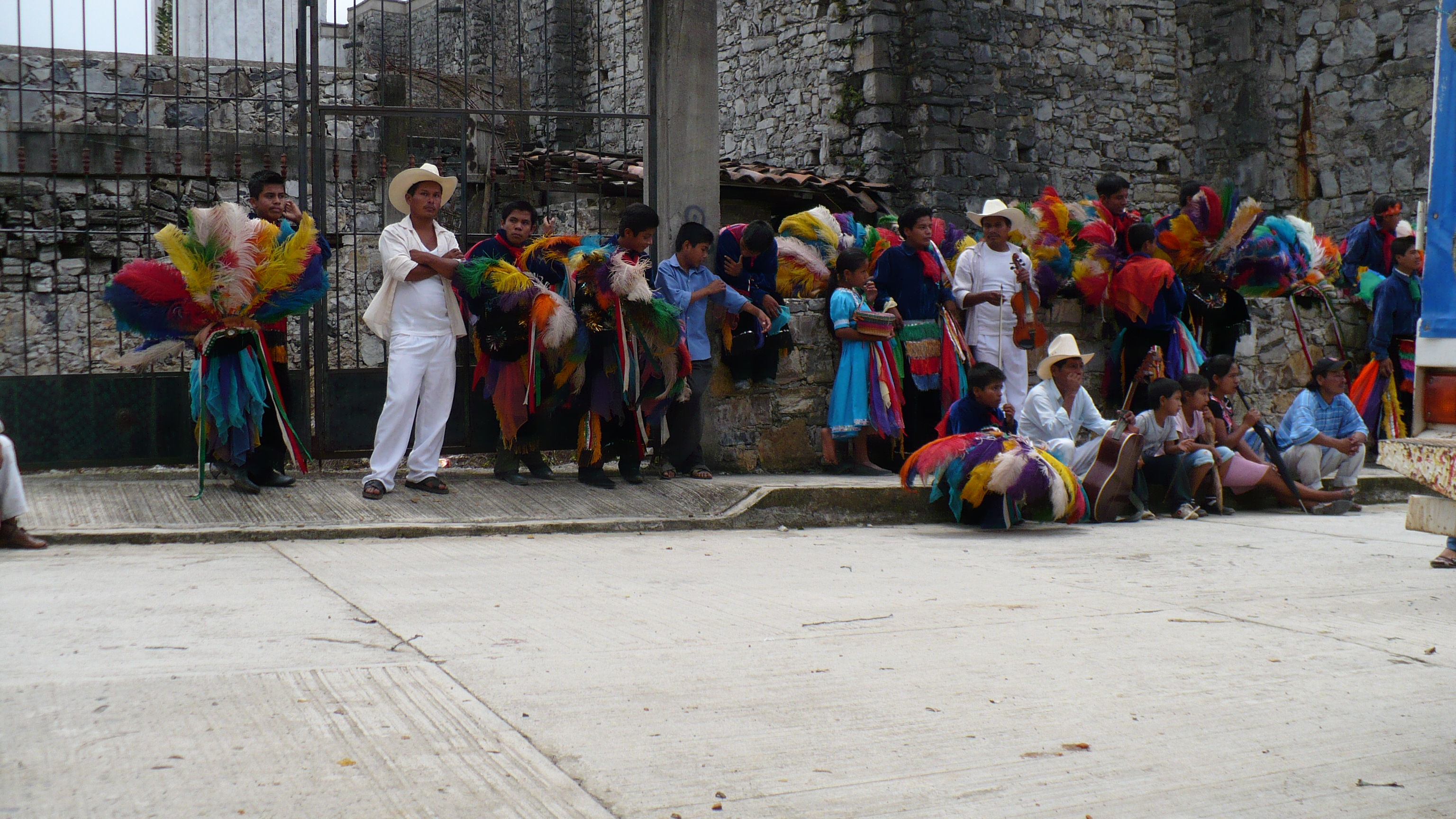 Resting between sets during the feria in Ozelonacaxtla. The musicians (in white) play huapango, a folk music characterized by guitar, violin and unique vocal calls.