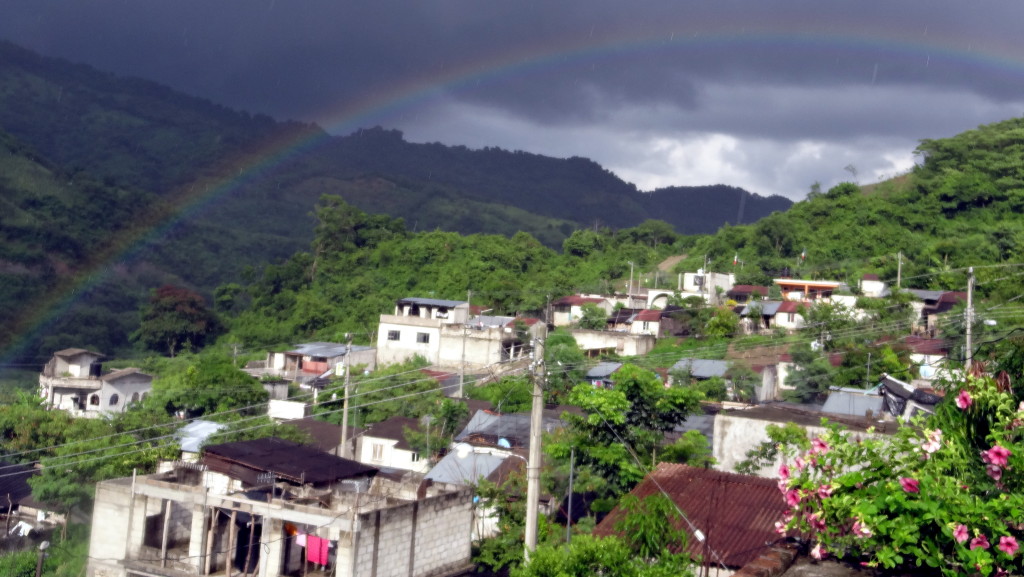 View of viviendas on south side of Patla.

Coming down into the valley from the west, the first community is Patla, with about 1,600 inhabitants,  almost all of them Totonac-speakers. Since a flood in October of 1999, about a third of its people have moved into the viviendas on the south side of the river, built by the Mexican government as assistance for those who lost their homes in the flood.

A view of Chicontla showing the Catholic church and the primary school.

The next on the highway is Chicontla, which has 5,000 people. Chicontla is the largest community in the municipality of Jopala and has become a centre of trade. Many chicontecos come from outside the valley and Spanish has become the language for government, business, and public life. Very few people under 40 in Chicontla have more than a passive knowledge of Totonac and children speak exclusively in Spanish.

Both Patla and Chicontla have a Catholic church, probably built sometime in the 1700’s, though the priest resides in Chicontla. The Catholic church plays an important role in both communities, though there are growing numbers of people joining Protestant templos. 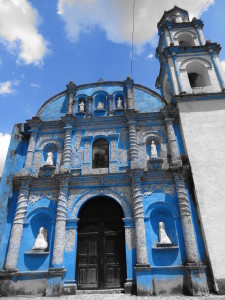 The other two Upper-Necaxa speaking communities lie at opposite ends of the valley. Cacahuatlán is upstream (west) of Patla and has about 300 inhabitants, all of whom are Totonac speakers. It is usually accessed by following a footpath along the river, although it can be reached now via a road branching off the main highway above Patla. 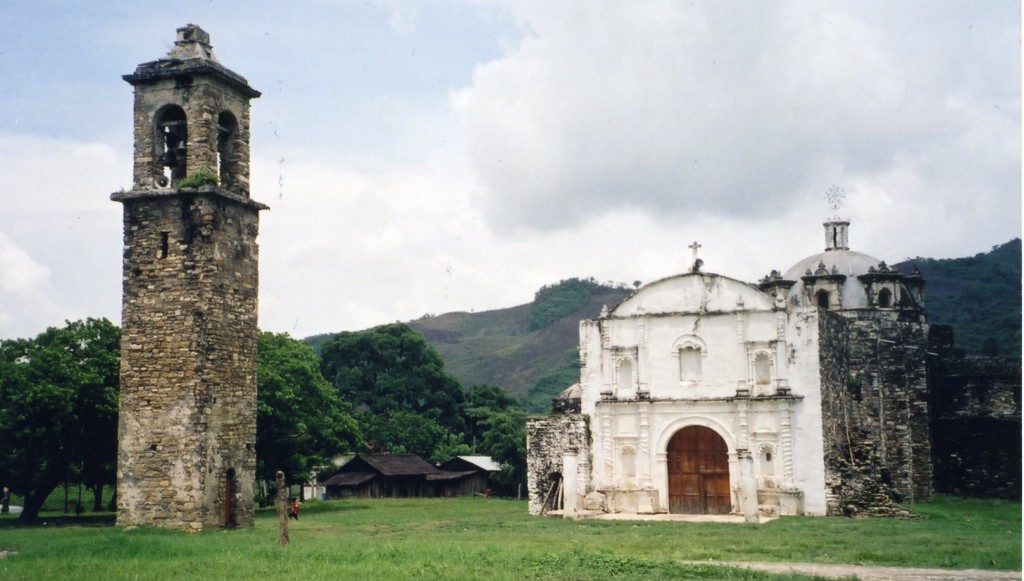 San Pedro lies downstream (east) of Chicontla. It has about 1,200 people but relatively few Totonac-speakers. Its church is the oldest in the region and is notable because of the bell tower that has been constructed separately from the main building.