La danza de los negritos or Dance of the Negroes is a dance native to the Totonac of Veracruz and Puebla, although it is also found in some Nahuatl communities in the same region. It tells the story of black slaves brought from Africa by the Spaniards to work on the sugarcane plantations.

According to legend, a woman accompanied her only son to his work on the fields. One day, the man was bitten by a snake. The mother captured the snake and while she held the imprisoned animal firmly by the head, the slaves conducted a curing ceremony for the wounded man. The Totonacs witnessed the ceremony and began to practice it in parody.

The dance is normally performed by 12 men: a lead dancer or caporal, a maringuía, a Pilatos or fool, and 9 helpers. The maringuía, a man dressed as a woman, plays the role of the sick man’s mother. He carries a red gourd and a silk handkerchief with the snake inside. 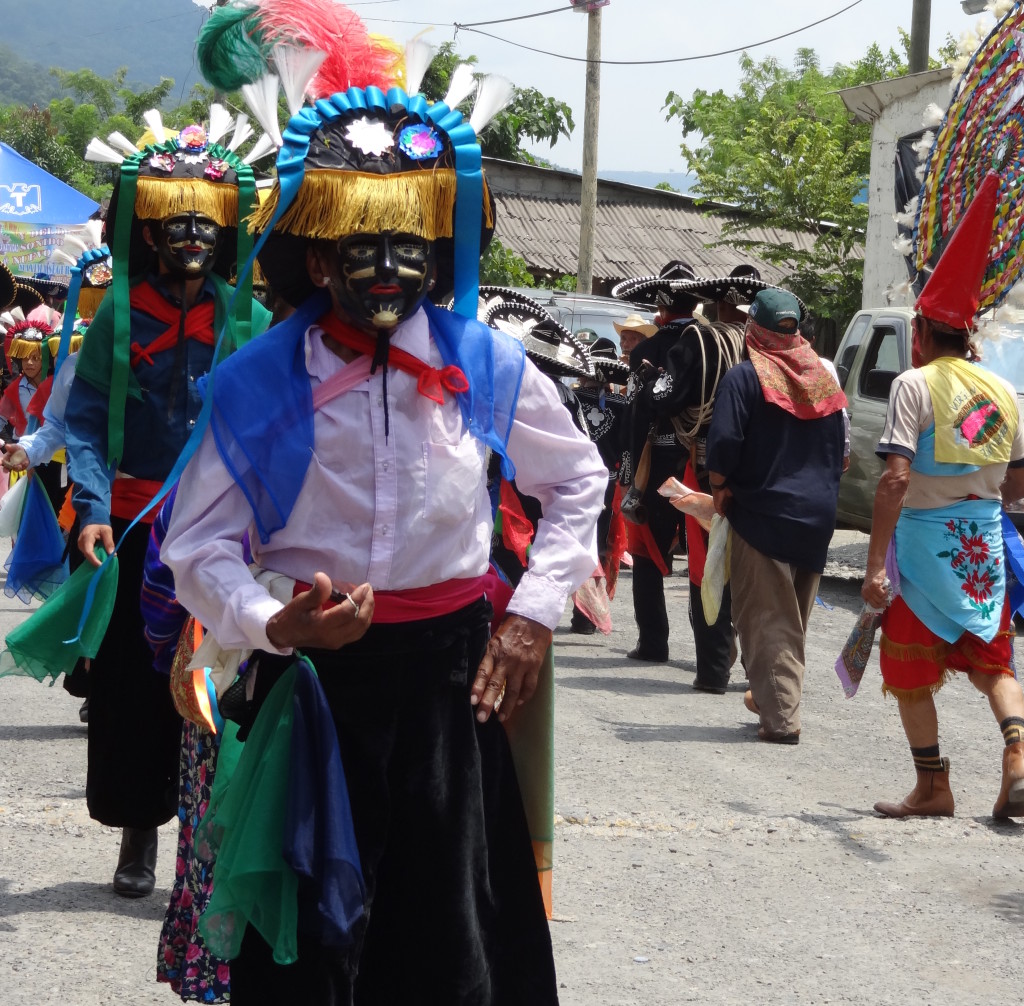 Totonacs performing La danza de los negritos dressed in costumes influenced by colonial dress, and dancers with a snake motif around the waist. 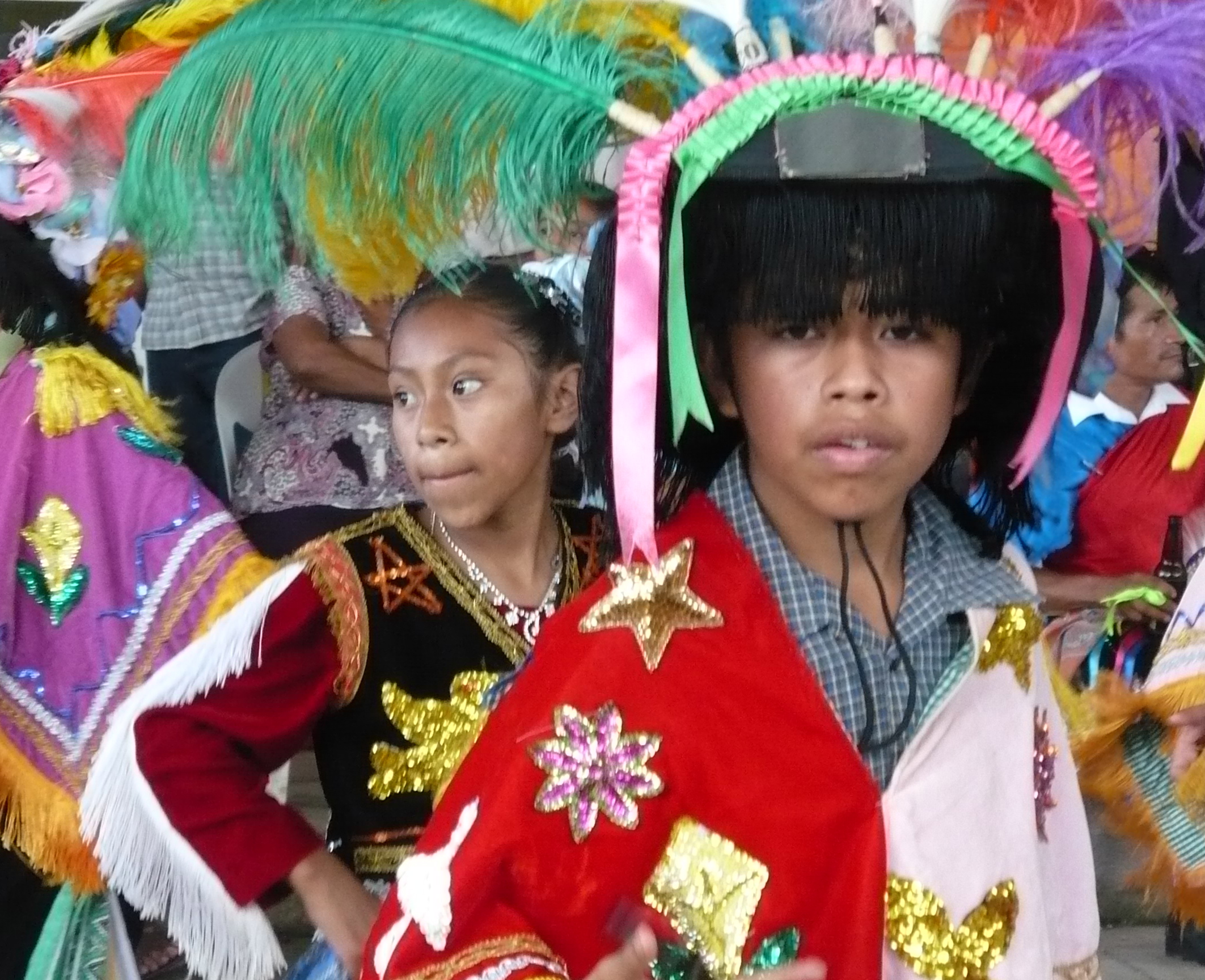