People in Patla gather for a rodeo during the fiesta patronal.

Traditional life in the Totonac communities of the Upper Necaxa valley was centred on agriculture, where the warm climate allows for two plantings of corn, the principal one in June and the second in December. The corn crops were traditionally supplemented with beans, chilies, and a variety of other plants such as amaranth, and to this day many men fish or hunt animals such as armadillos, agoutis, and coatimundi. Turkeys and, more recently, chickens are raised for meat, as are pigs and sheep. 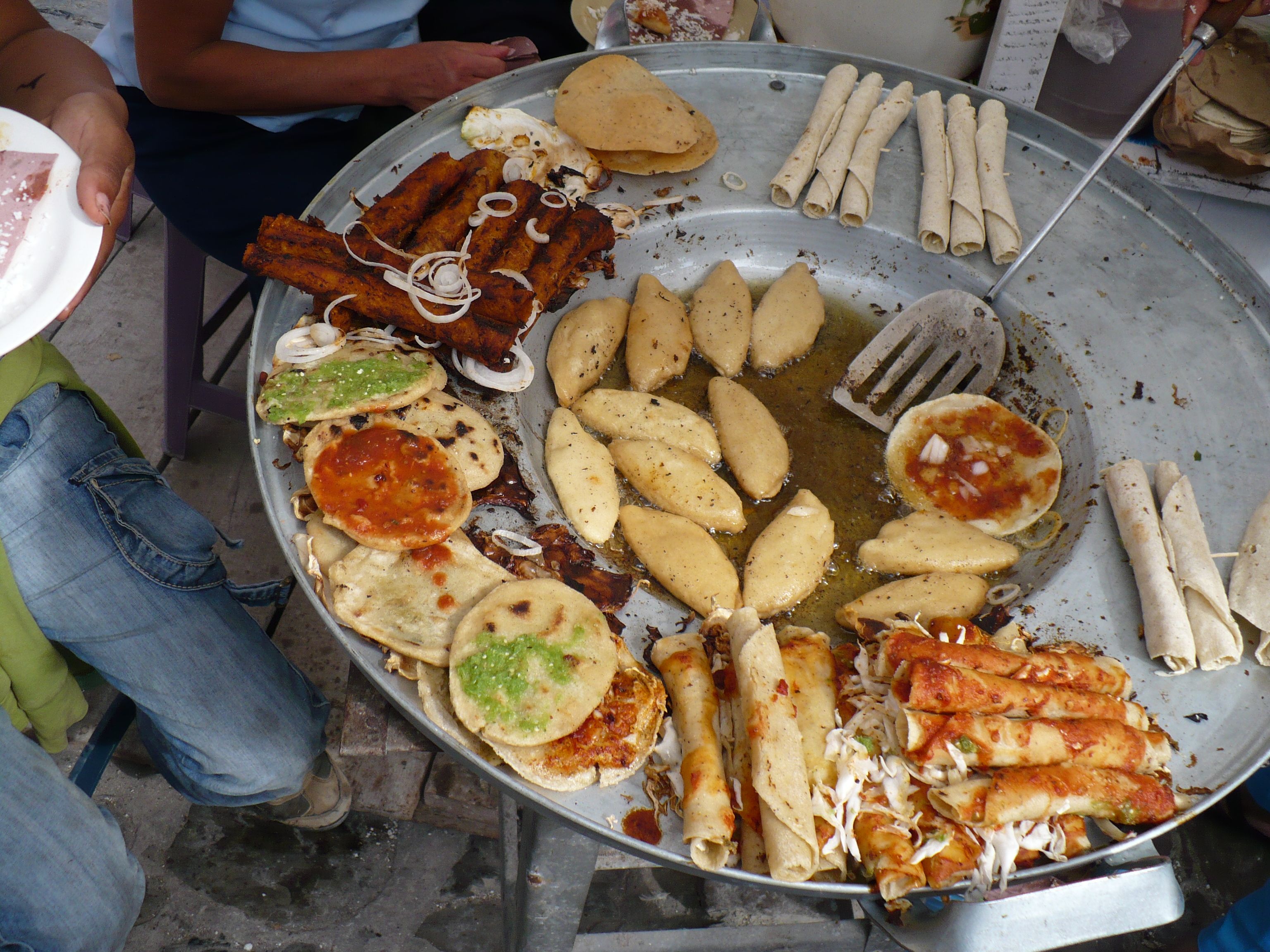 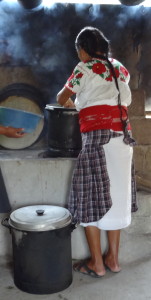 Boiling tamales over a fire.

The staple of the diet is, naturally, the tortilla, but local cuisine includes a wide range of stews and salsas, and for parties and festivals women prepare distinctive tamales, moles, and mixotes. The traditional kitchen, still maintained in many homes, used wood fires and many women still use the traditional circular clay griddle or comal—though increasingly people rely on propane stoves and modern cooking utensils. 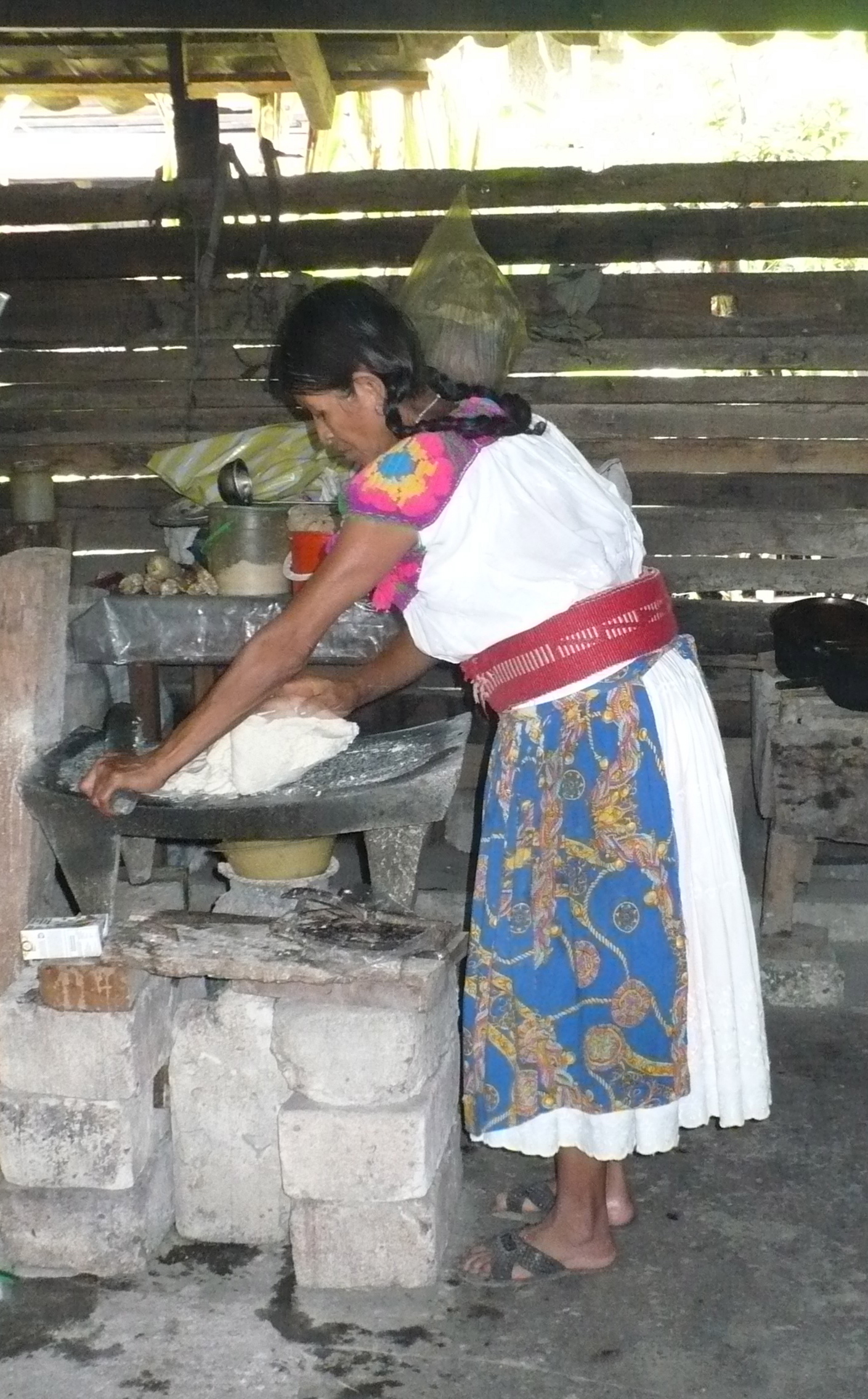 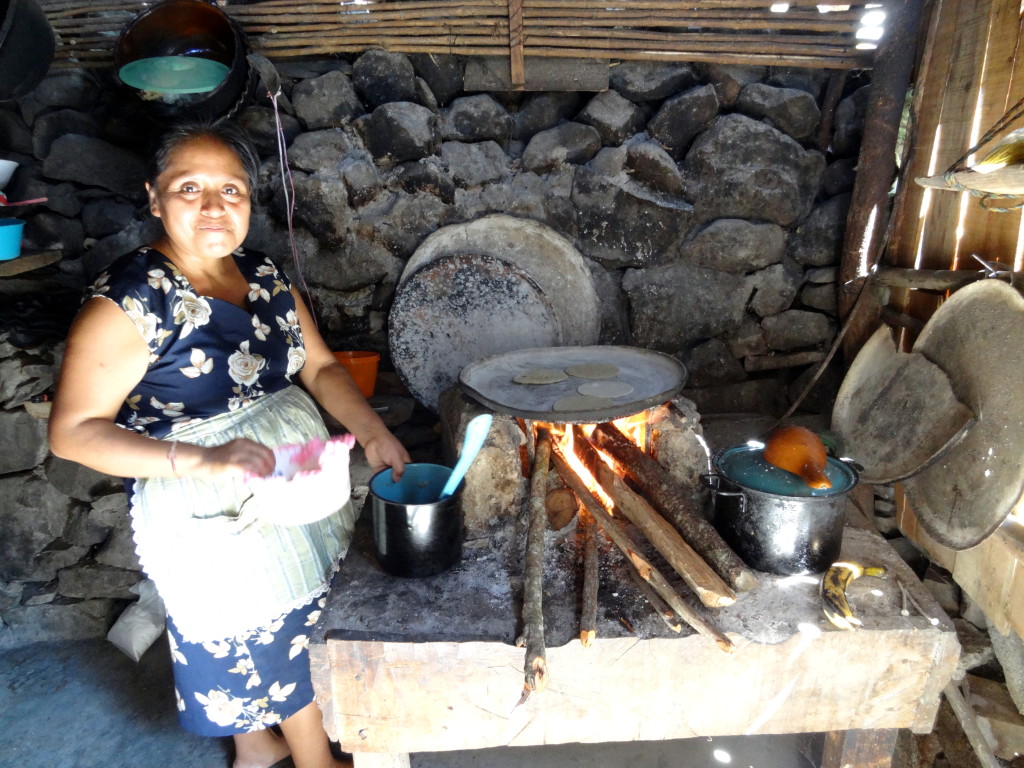 Cooking tortillas on a comal. 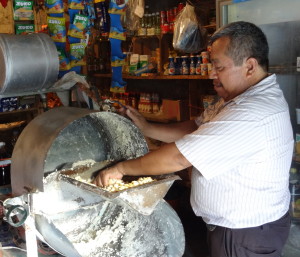 Grinding corn for tortilla dough in an electric mill.

More recently, the economy has shifted towards the production of coffee, initially beginning with the large landholders in the area and then, during a brief price boom in the ’80s, followed by many smaller farmers shifting from subsistence farming to coffee-growing. Instability in the price of coffee has led many people to rely increasingly on other sources of income, primarily money sent back to the valley by migrant workers in Mexico City and the United States. There has also been a increase in the number of better-off people buying up land to graze cattle.

Most children today attend school in their own communities and achieve a secondary level of education. Patla and Chicontla both have their own elementary, middle, and secondary schools, but if students want to pursue higher education, they need to leave the town and move to a larger city. In Huehuetla, near Ozelonacaxtla, a new university opened in 2006, bringing a new option to young people in the region so they can study without leaving home. The language of education at all levels is Spanish; there is bilingual kindergarten and a bilingual elementary school in Patla. 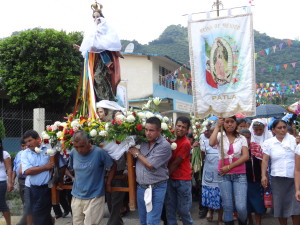 Procession in the village of Patla, 2012.

Festivities, sporting events, and dances are held at various times during the year. The most important of these are the festivities surrounding Christmas beginning with the Day of the Virgin of Guadalupe on December 12, followed by the Posadas and Christmas Eve and continuing on to the Día de lo Reyes in early January. Also important are Día de los Muertos and Todos Santos at the end of October and the beginning of November, and the festivals to celebrate the patron saints (early September in Patla and the end of November in Chicontla). The festivals are marked by processions, traditional dances, fireworks, and feasting.

High school students rehearse for the festival in Patla.

On Sundays, Chicontla hosts the regional market where vendors come in from all over the Sierra Norte to sell fruits, vegetables, beans, coffees and meats, as well as other goods such as household items, clothing, tools, and fireworks. Patla also holds a smaller farmers’ market about once a month where men and women buy and sell local produce. 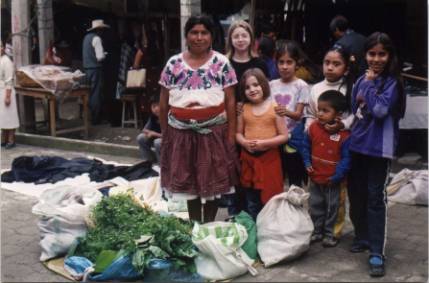 A vendor at the Sunday market in Chicontla.