La danza de los voladores or Dance of the Flying Men is certainly the most famous of the Totonac dances. It involves five dancers who climb to the top of a pole up to 30 meters high. The lead dancer plays a flute and small drum at the very top of the pole, standing on a small rotating platform. The four remaining dancers, one for each of the cardinal directions, tie themselves to ropes that have been wound around the base of the platform and throw themselves backwards. As the ropes unwind, they descend head-down in a widening spiral until they reach the ground. This dance hasn’t been performed in the Necaxa Valley since the 1950s, but it is still done on a daily basis in the zócalo in Papantla, in Cuetzalan on the day of the feria and most mornings in front of the National Museum of Anthropology in Mexico City. 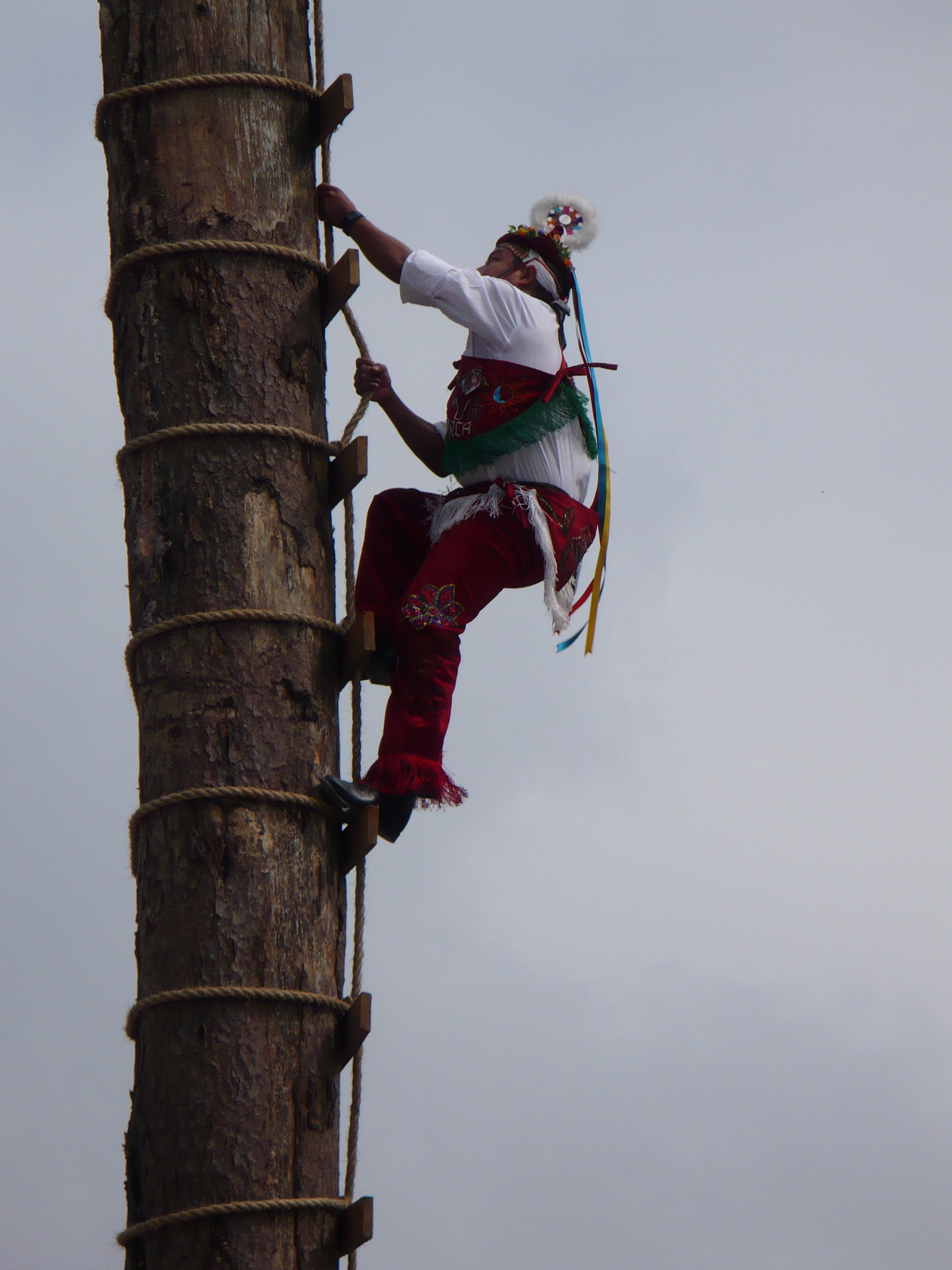 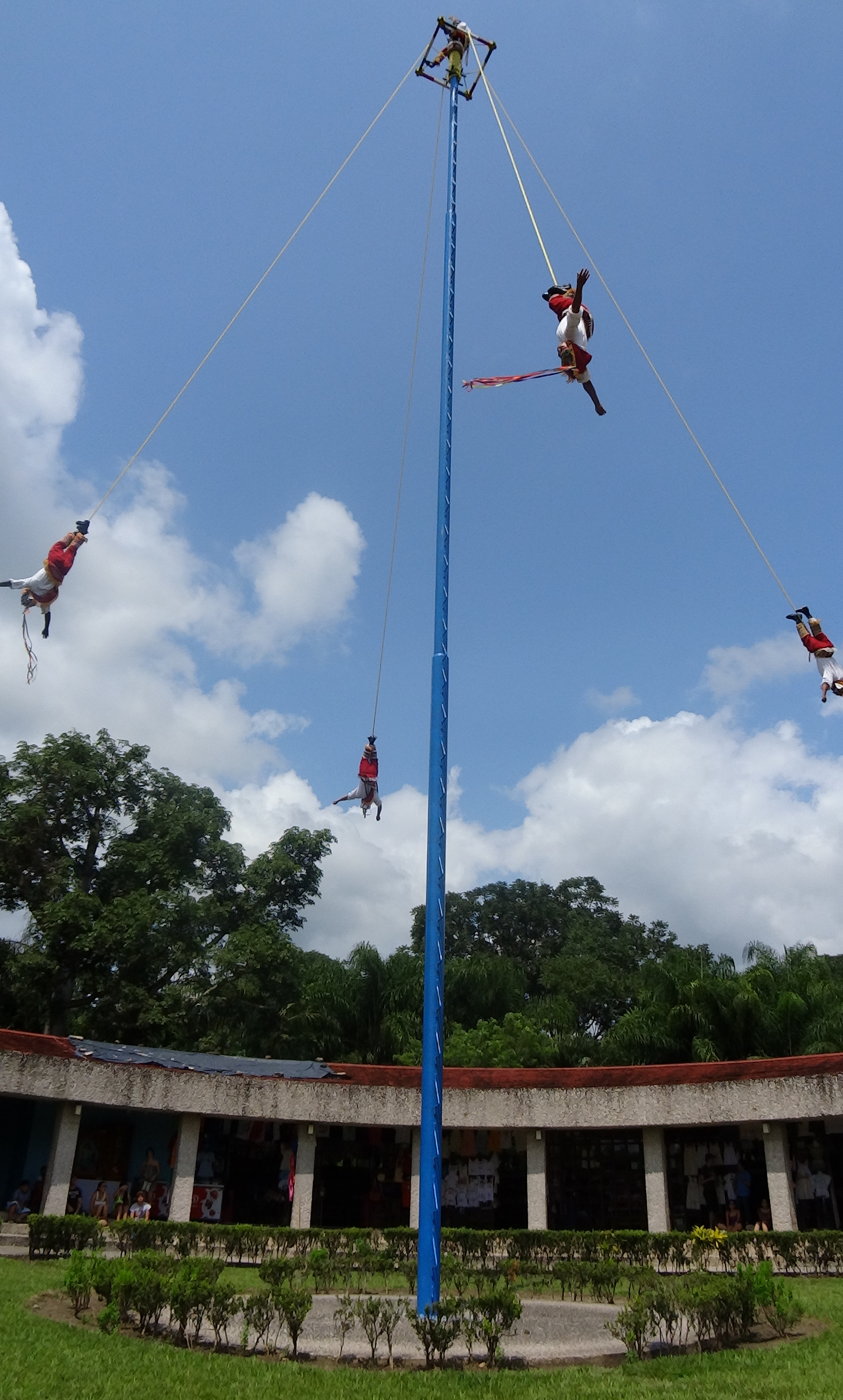 According to one legend, the ritual was created to ask the gods to end a severe drought. Traditionally the ritual was performed by cutting down a very tall Magnolia or Heartflower Tree (Talauma mexicana), stripping it of it branches, and decorating it with garlands of flowers. 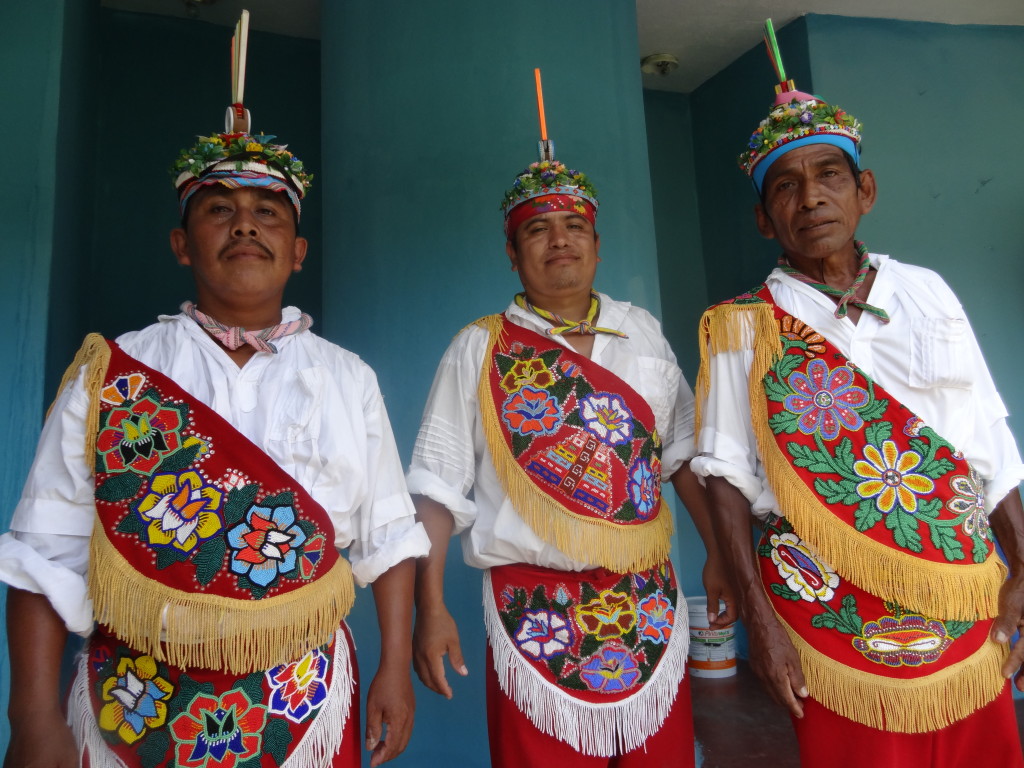 The Voladores of Papantla, Veracruz.