The Upper Necaxa Project includes a database of the animal life that is found in the Upper Necaxa region along with information on domestic or medicinal uses, stories, or cultural  traditions that may be associated with the particular species. 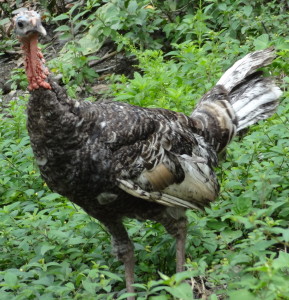 ta’jná’ (Turkey—Meleagris gallo-pavo) are a traditional Mesoamerican domesticate and are commonly found in  people’s yards. The female turkey is called  sná’ti’. ⇒

smaján (Weasel—Mustela frenata) is believed to be a bad omen or mal agüero, and seeing one is said to foreshadow the death of a friend or family member.

misín (Jaguar—Panthera onca) figures prominently in Totonac and other Mesoamerican cultures; in the Necaxa Valley, the term is also used to refer to the nagual, malevolent sorcerers who have the power to transform themselves into jaguars. 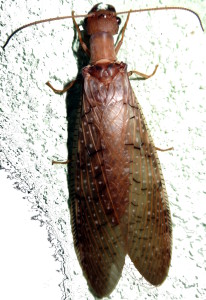 ⇐ a’klhchí’chi’ (Dobsonfly—Corydalus cornutus) is a large insect whose aquatic larva are fried and eaten; they tend to come out at night and are attracted to the lights in people’s homes.

chukulajláj (Northern Jacana—Jacana spinosa) is both a type of bird and a children’s game in which the children form a circle holding hands and start to run around, chanting “chukulá, chukulá, chukulajláj”. When they get to “chukulajláj” they jump up in the air.

pa:xwa:na:cha:án (Velvet Ant—Dasymutilla) is a species of wasp that resembles a fuzzy black-and-orange wasp. It is also said to be an ill-omen and its name means literally ‘happy ant’, referring to the pleasure it takes in bringing bad news. 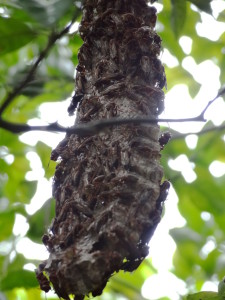 a’hlhtama:ná’ in Chicontla or  a’hstamaná’ in Patla is the Potter Wasp (Subfam. Eumeninae). Mud from this wasp’s nest is used for suppressing vomiting. ⇒

i’xma:yú:lh lú:wa’ (Eastern Casquehead Iguana—Laemanctus longipes) is a type of lizard said to be used as a scout by the Fer-de-Lance (Bothrops asper). If one sees the lizard, one will see the snake.

pichá:wa’ (Golden Eagle—Aquila chrysaetos) refers both to the living animal and to a mythological flying monster that would carry people off while they were working in the fields. The term also denotes a type of spirit that entered houses at night and let out a string of saliva to trap children’s souls. 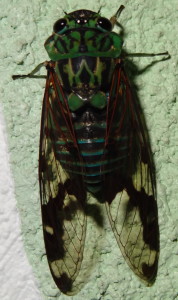 ⇐ chiní:ni’ (Cicada—Fam. Cicadidae) is a type of green cicada, a common household insect which makes a very loud noise.

ma’hapu:palhná’ (Swallow—Fam. Hirundinidae) is said to sweep the clouds out of the sky after a rain

tza:mi:yá:nhs (Patla) or tza:mi:yá:’ks (Chicontla) (Leaf-Cutter Ant—Atta spp.)  emerge in impressive swarms with the first heavy rains in June—specifically, on the 24 of June during the festival of San Juan. It is eaten, toasted or raw. 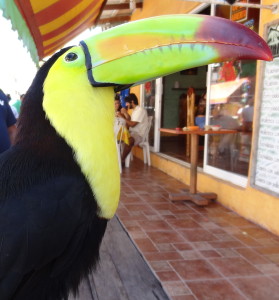 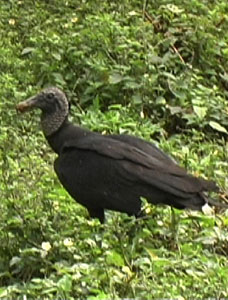