Easter, the celebration of Christ’s resurrection, is the most important holiday in the Ukrainian church calendar. It is called Velykden, meaning The Great Day. Another name for it is Paska.
Easter is preceded by a 40 day fast called Great Lent. During this period, not only meat, but also milk products and eggs are prohibited.

The Sunday before Easter, what is called Palm Sunday in the West, is called Pussy Willow Sunday or Verbna Nedilia. On this day, people bless pussy willows in church and then tap each other with pussy willows so that they will blossom like the plant.
The week before Easter is called Great Week or Holy Week. The tasks of Great Week include baking Easter breads. One type of bread is called a paska. The other type is called a babka.
People dye eggs for Easter. An egg that is one colour is called a krashanka and this is the type of egg that gets eaten to break the fast on Easter morning. People also make eggs with designs. They write on the egg with wax, then dye the egg. This type of egg is called a pysanka. Pysanky are given as gifts and used for magical purposes such as protecting the house and helping fruit trees grow.
The Thursday before Easter is called Clean Thursday in Ukraine and all work must be finished on this day. The Friday before Easter, called Good Friday in Canada, is called Passion Friday. On this day people do not work and go to church in the evening. They try to bring a burning candle all the way home from church without letting the flame go out. If they succeed, they make a cross with the candle flame on top of the door jam.
On Saturday evening people go to church again for a midnight mass. This is a special service that involves walking around the church. When people return to the church, they say “Christ is risen.” The answer is “He has risen indeed.”
In many places, the Easter Eve service goes all night and, toward morning, people bless Easter baskets. The basket contains Easter bread (paska or babka), krashanky, sausage, butter, cottage cheese, horse radish, salt, and a candle. This is the food used to break the fast and it is eaten upon returning home from church. .
After Easter comes a special time for remembering the dead. People go to the cemetery, leave Easter food on the grave of each deceased family member, and eat some food at the gravesite.

The Easter egg or pysanka has evolved from an ancient tradition that dates back millennia, literally four thousand years. Pysanky are magic. The egg itself is magic in that it resembles an inert object, and yet contains the potential for a new life, or food for those already living. When they become pysanky, eggs are made more magic still in that they are dyed. This is done using a technique similar to batik: colors are protected with beeswax from subsequent dyes, rather than painted on.
As an egg is worked, color after color disappears under the dark wax, to be magically revealed at the end when the wax is removed.
Eggs are associated with springtime because the rooster is considered the herald of the sun and because egg production increases in springtime. Thus, decorated eggs were believed to help the cycle of the seasons and to bring on spring and the new growth of animals and crops. The egg’s potential to bring fertility was enhanced by the symbols drawn in wax on the egg: ears of wheat, grapes, rakes, cross-hatching symbolizing the plowed field, pictures of chicks, rams and other farm animals, and, of course, pictures of the sun. Decorated eggs were buried in fields to transfer their fecundity to the earth and in houses to protect the home. Archeological excavations of these buried eggs tell us how ancient pysanky are.
When Christianity came to Ukraine, pysanky acquired a Christian meaning. They became Easter eggs. Old symbols were reinterpreted in the Christian context. Thus, representations of the sun, the four-spoked solar wheel, for example, came to represent the cross. New symbols were added and pictures of churches were drawn on eggs, as were the first letters of the words “Christ is risen.”
Soviet authorities did not look kindly on pysanky because they were associated with Christianity and were considered a symbol of Ukrainian identity. Pysanka collections in museums were hidden and any pysanka making in the home, if it was done, was done in secret. The tradition of pysanka making was maintained in the west. With the birth of an independent Ukraine, pysanky have returned to their homeland and the tradition of making these colorful eggs is now freely practiced.

Here are the steps to make a simple pysanka
(Easter Egg).

This is what you need: yellow, green, orange, red, and black dyes.
A candle, a kistka, wax, and an egg. 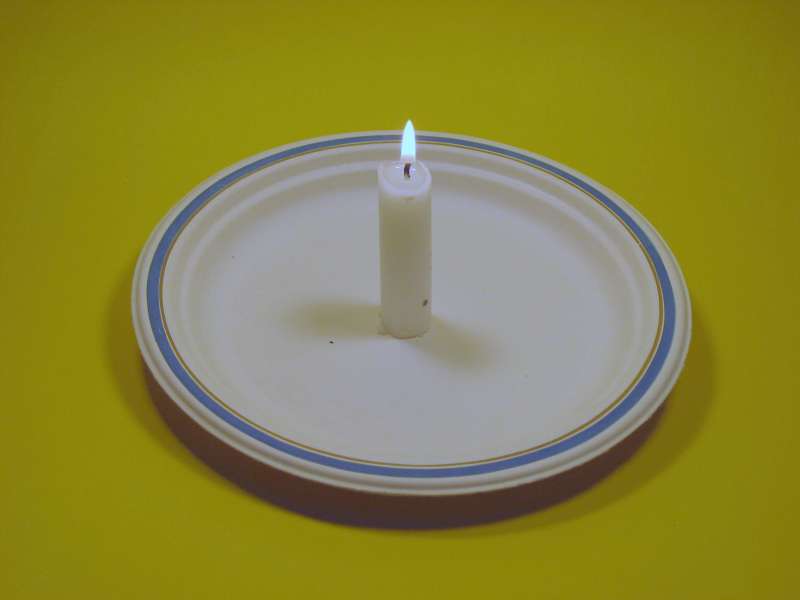 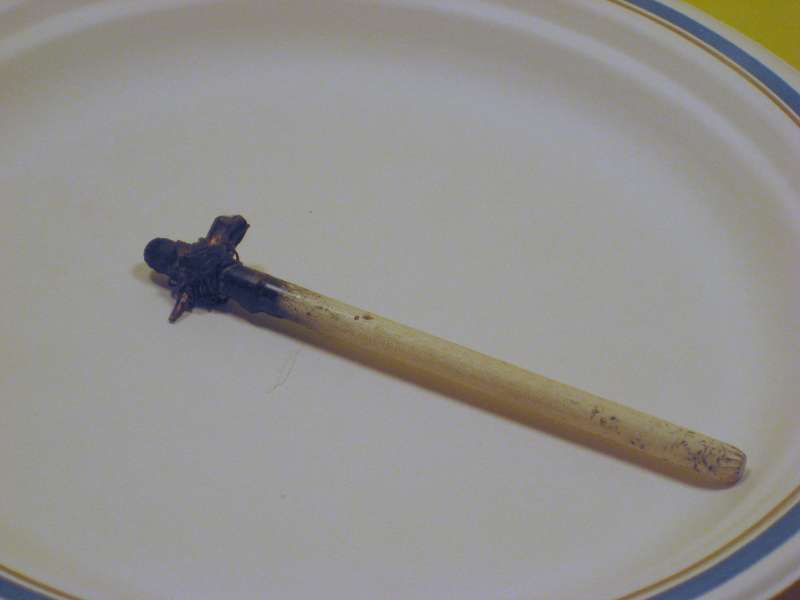 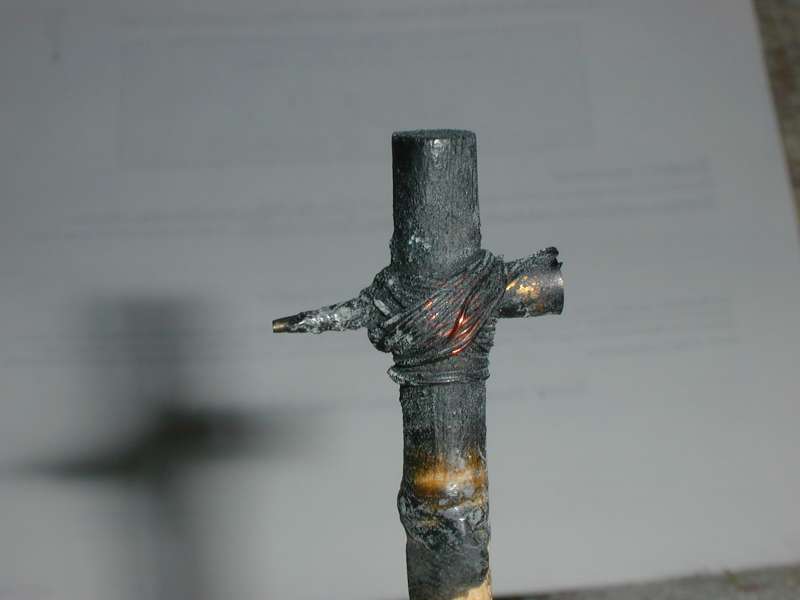 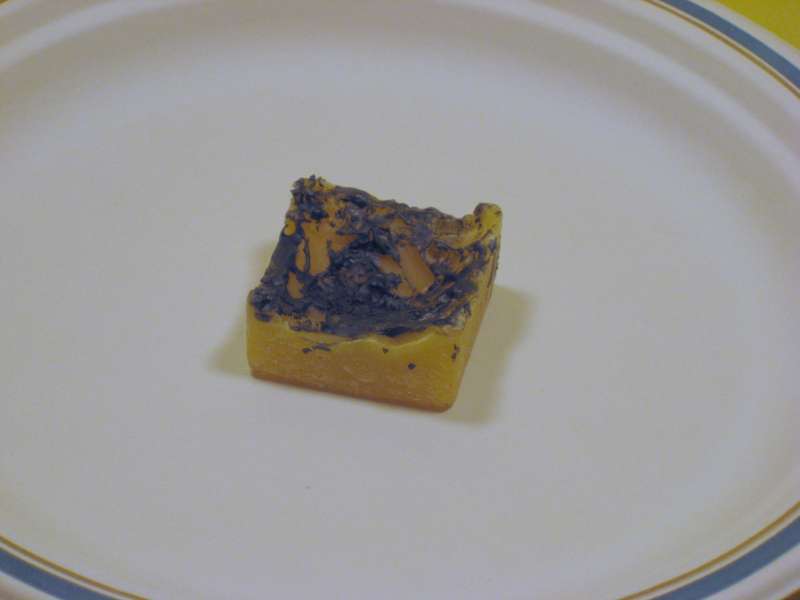 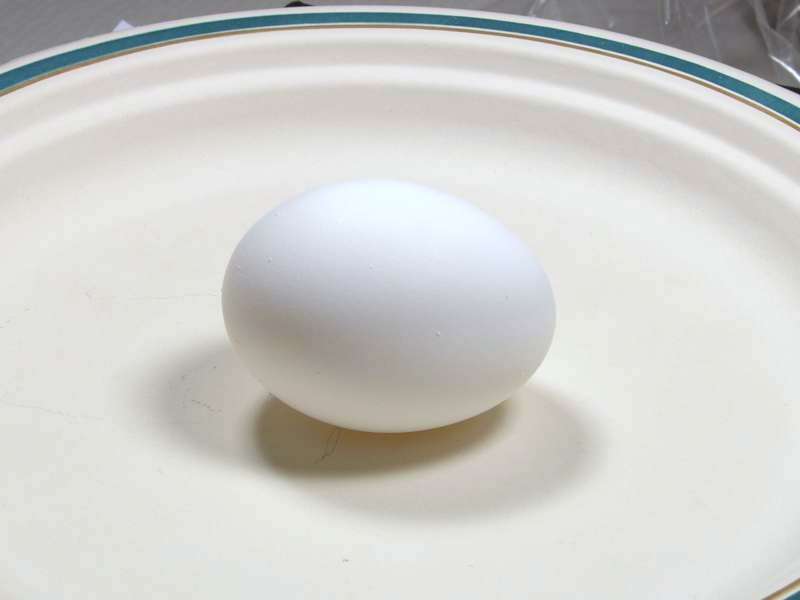 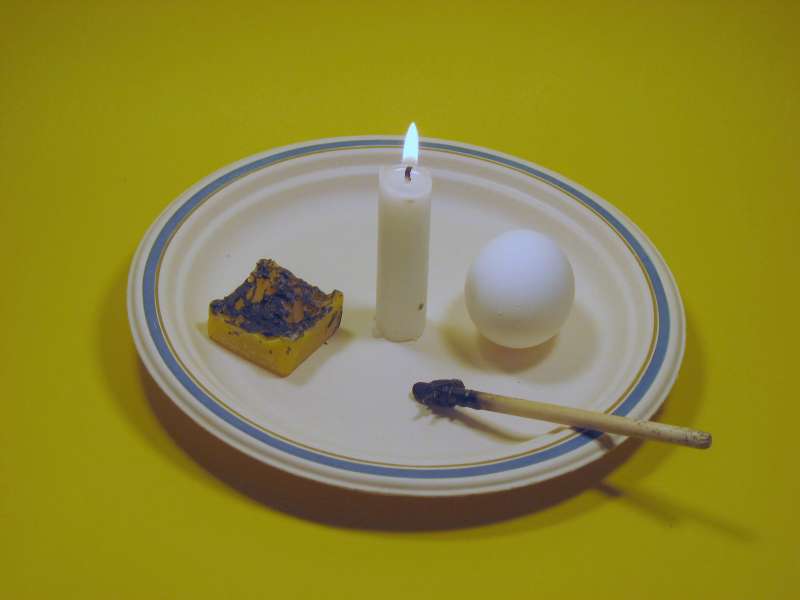 Lines are drawn on the egg with wax.
The egg is put in dye.
More lines are drawn.
Finally, all the wax is removed by holding the egg near a candle flame and the melted wax is wiped off with a paper towel.

Here are the individual steps in making a simple pysanka. If you click a picture you will see an egg which you can rotate and tilt.

Pysanky from the Collection of

Here are some pysanky which were photographed in Edmonton, Canada. They were written in Ukraine by: Paraska Lakmaniuk (c1920), from Kosiv and Kosmach, Hutsul Region; Staryi Hvozdets’, Kolomyia Region; Oserdiv, Sokal’ Region; Ukraine.
Click on one to turn it, then return to the pictures by touching “back” or <-

We originally made this for young children – but we have seen adults like it also:
Colouring an Egg
CLICK HERE