Ukrainians see the whole world as alive. Every place, be it a building or a natural feature such as a lake, a forest, or a field, has a spirit. Each spirit has a name and each spirit is endowed with certain characteristics.
Ukrainians believe in a house spirit or domovyk. He is also called khoziain, meaning master, because he is seen as the master of the house and its protector. The descriptions of him vary. Usually he is the size of a person, only covered with hair. He has bright, round eyes. According to one person who saw the domovyk, he has pointy ears. The domovyk helps with housework if the people who live in the house are tidy, care for their home, and keep it clean. If they do not take care of the house, he can get angry and throw dishes or other items. He protects the home from domovyky who live in neighboring houses and also from spirits who live in the forest and field.
The domovyk can appear in dreams. The scientific name for this is sleep paralysis. The terms used in other cultures for this type of apparition is night terror and Old Hag. When a person sees a domovyk, he or she is at least partially awake. The person thinks that he is awake rather than sleeping. The domovyk comes into the room and can get on top of the person, pressing on the legs, then the stomach, then the chest. When this happens, the person should ask: “Have you come for good or for ill?” If the domovyk laughs: “ha, ha, ha,” then it is good. If his laugh is “he, he, he” then it is bad. In this way the domovyk warns the people living in his house about things in the future. 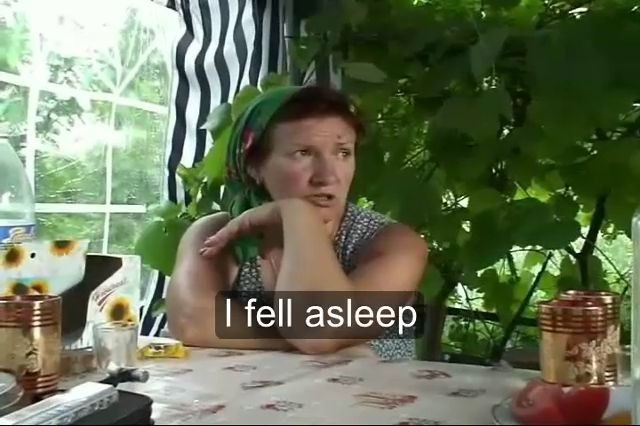 One of the worse things that can happen to a house is the invasion of Zlydni. These are evil, destructive spirits that are almost impossible to get rid of. While the domovyk does bad things only when the people in his home misbehave, the Zlydni come for no reason at all. A family that lives well and takes care of their home and of each other can still pick up Zlydni. Zlydni explain the inexplicable; they are a way of saying that bad things can happen to good people.
On a farmstead there are many outbuildings such as the barn. People believed that each of these outbuildings had its own spirit. These days most people do not speak of outbuilding spirits, though they do speak of a dvorovyk, from the word dvir, meaning farmyard or farmstead. This spirit cares for the farmyard, including the buildings outside the house and also all the farm animals. Farm animals are very important and people make sure that the dvorovyk likes all of the horses and cows. Some people say that their dvorovyk likes only animals of a certain color. They make sure to purchase just that color. In some areas, the term for the farmyard spirit is domovyk, same as the house spirit. Whether people think there are two spirits, one for the house and one for the yard, or just on spirit who takes care of both is not clear.
Outside of the house the spirits that people most often speak about are the forest spirit or lisovyk and the water spirit of vodianyk. Both are much larger and more frightening than the spirits that live close to people. They do not help people. They do, however, take care of the place in which they live. They make sure that people do not fish out of season or hunt out of season. These are traditional seasons for fishing and hunting, not seasons enforced by law. The spirits also make sure that people do not overfish or hunt too much game. In short, they make sure that the entity which they oversee stays in good condition. If a person misbehaves in the forest, the lisovyk can cause him or her to get lost in the forest. The lisovyk can cause accidents such as falling branches. He can make the person trip over tree roots. The vodianyk can spoil a person’s catch or tangle his nets or fishing lines. If the person has been very bad, the vodianyk can overturn his boat and try to drown him.
Some spirits are related to people. Many beliefs are connected to unquiet dead people. The dead can return from the grave if they have unfinished business or if something was wrong with the way they died. Women who die in childbirth are said to return and nurse their infants. Husbands and wives over whom the spouse cries too much are said to return. Such returning dead are called mertsi and they are bad because they drain the vital essence of the person they come to visit. If nightly visits by mertsi continue too long, the person will die. Certain actions can be performed and certain words can be said to stop the dead from coming to visit.
People who die young, whether because of illness or because of an accident can, become unquiet dead especially if they are not married. To prevent their return, the death of an unmarried person is commemorated by a special funeral called wedding of the dead. For this funeral, aspects of the wedding, like the wedding dress and a korovai (wedding bread) are combined with the steps of a regular funeral.
A special category of the dead person who cannot stay dead is the rusalka, sometimes called a mavka. This is a young woman who commited suicide because she was pregnant, but not married. Babies born to unmarried women and drowned by their mothers also become rusalki. Ukrainians and other Slavs believe that every person has a “srok.” This is a period of time, determined by fate, and it is the amount of time that one must live on this earth. A person who lives a normal life and dies a normal death completes his srok. A person who dies in an accident, in war, or commits suicide does not live out his or her srok. He or she must complete the srok as an unquiet dead person. The wedding of the dead prevents people who died in accidents or at war from being unquiet dead. A rusalka, because she took her own life, cannot be help by the wedding of the dead. She must suffer as a spirit until she completes her srok.