Longino Barragán on his way to his field.

These days, it is unusual to see people dressed in traditional clothes in Patla or Chicontla. Fewer men than women have kept the traditional dress, which consisted of white linen pants called calzones and a white shirt. When going out to work, men carry a machete on a belt around their waist or slung over the shoulder.

Women traditionally braided their hair, often with ribbons or listones woven into them, and wore white skirts or enaguas held in place by a broad woven belt (usually red) and covered by an apron. Embroidered blouses were worn on top, often topped off with a shawl made from a light or sheer material.

Both men and women tended to be barefoot or to wear leather sandals. Nowadays, both men and women have shifted largely to Western-style clothing and men wear pants, jeans, T-shirts, and ball caps, while women favour dresses, skirts, and blouses. 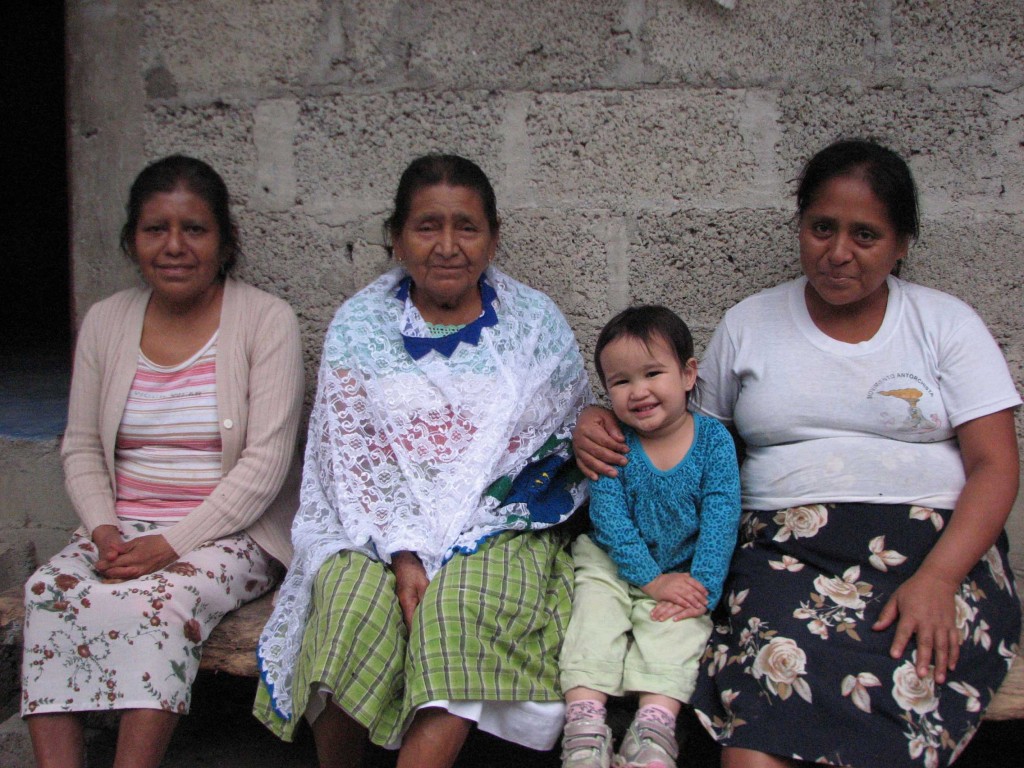 Different Totonac villages have variations in their traditional clothing, for example the width and color of women’s woven fajas (belts), colour and style of embroidery or crochet on the blouse, and the particular fabric used for the shawl worn over the shoulders. Below are some images of women from the Southern Sierra around Ozelonacaxtla. 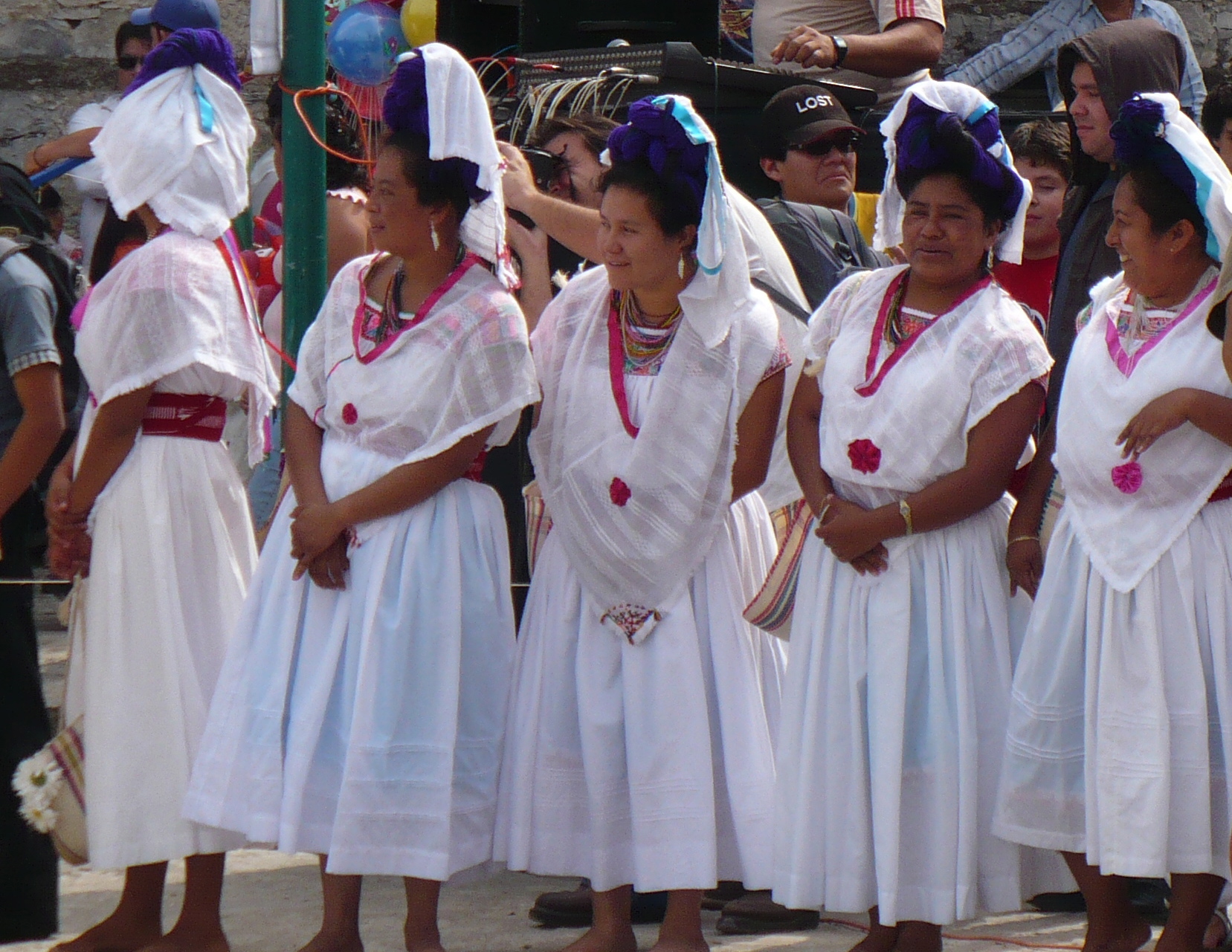 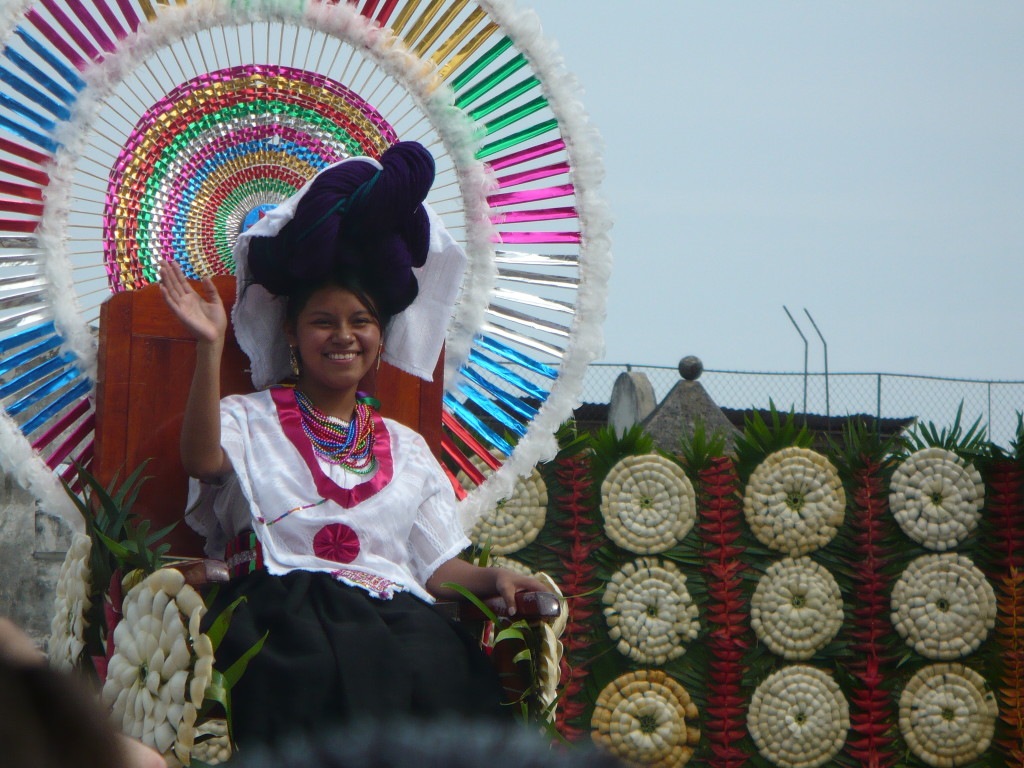 The queen of the feria waves to the crowd in Cuetzalan. 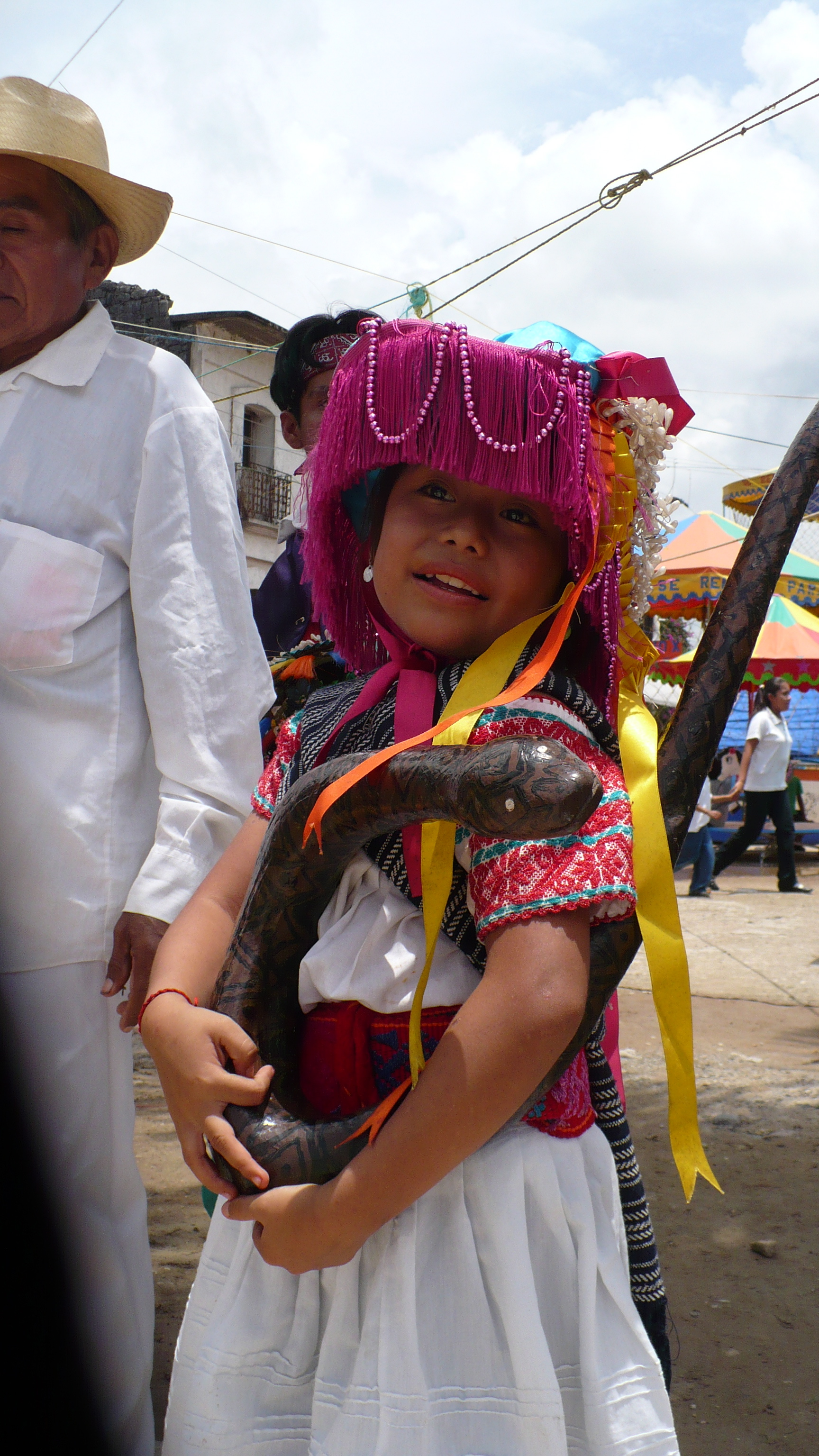 Young girl holding a wooden snake at the feria in Ozelonacaxtla, 2010. 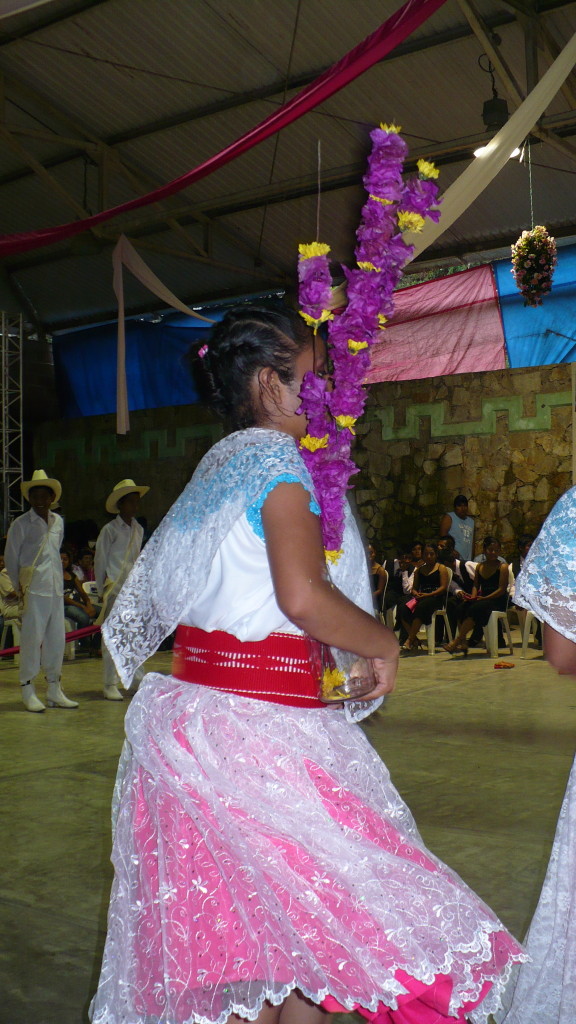 Girl with flowers in traditional dress in Ozelonacaxtla.