Applying these sources still allows plenty of room for variation, and thus multiple styles can and do form. In particular none of the three sources specifies anything about melodies to be used for chanting. In practice oral traditions have enshrined Egyptian styles using the maqamat, and these have spread (particularly through mass media) throughout the world as the normative style, applied for instance in Qur'an competitions). However a newer Saudi style has also risen to global importance over the past few decades.

There are two primary styles of recitation:

There are also stylistic variations between regions; though the Egyptian style has been dominant for several centuries, the Saudi style (and murattal generally) is increasingly heard, due to strength of Saudi media worldwide. Everywhere reciters deploy the Arab maqamat for recitation, even in non-Arab Muslim countries where Arab music is not heard (e.g. in Indonesia, Iran, or Pakistan).

Qur'anic recitation is performed in numerous contexts, including:

Listen to a variety of Egyptian and Saudi recitations of the same passage from Surat Yusuf.

Behold! Joseph said to his father: "O my father! I did see eleven stars and the sun and the moon: I saw them prostrate themselves to me!" 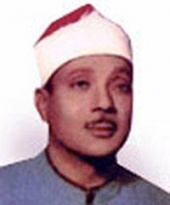