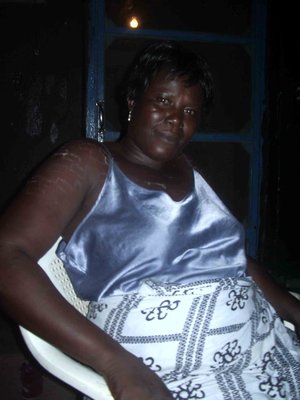 Efua Davor started SS but withdrew due to lack of finances. She has membership in Adjobo, Unity, Akpoka and shrine music. Grace learned to sing and dance from a young age through her parents. Her father is a drummer and her mother is a singer. Her father is Kwasi Davor who is mentioned in another interview as the man who would call all the village children to teach them singing, dancing and drumming. When Grace was 18 years old, she started to learn drumming by watching closely and then imitating. Grace said that there was no criticism from anyone when she began drumming. However when she started drumming she was the only woman. Now there are 3 other women drummers in the village.

Children enjoy the song Adjobo, Elders enjoy the song "Unity" and Akpoka and everyone enjoys shrine music. The music groups are run by a group of individuals including a chairperson, vice-chair, secretaries, an organizer and a financial secretary. Grace is a financial secretary and there is no voting but rather appointment to the position. The group will approach and you can accept or decline. These groups practice but not very often.

Interviewed by Jennifer Hermann in July 2008 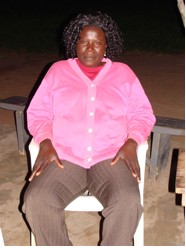 Grace Efua Davor, a life-time resident of Dagbamete, has always been interested in community work and prior to becoming an elected official was highly involved in organizing women in the community. Knowing that the current regional official's term was coming to an end, it seemed only natural that she file a nomination. After running against five other candidates, two males and three females, Efua was voted in for a four year term on September 26, 2006. She is now the representative for the Avenorpedo Electoral Area, which encompasses Dagbamete, Avenorpedo, Fitio, and Avedo. She is now responsible for addressing the needs and concerns of the people and advocating on their behalf at council meetings, as well as coordinating community services and activities. Since obtaining office she has helped coordinate the drilling of several wells in the area, facilitated the construction of roads at Avedo, worked with community elders to mediate and solve small local disputes, and been in charge of organizing the district music festival. In addition, she brought the international organization “Unite for Sight” into the Avenorpedo Electoral Area. This group of American eye specialists hold clinics in the communities, testing people’s eyesight and recommending those in need of eye surgery be taken to their clinic in Accra. Since May 2008 over one hundred and twenty people have been operated on, with another thirty-seven scheduled for surgery on August 11, 2009. Some people have experienced remarkable results, going from almost completely blind to being able to see again. Her commitment and dedication is obvious by the numerous events she dedicates her time to, the support and respect she garners from the community, and the simple fact that this position is done on a volunteer salary of $0.00. The only money she receives is a small travel allowance of 6 sidi, given when she attends council meetings.

2. Unity Drumming Group: The Unity group was founded in 1976. This group, similar to the Aptorku Shrine groups, uses the Gahu instruments. They perform the fast version of Afa which is used for funerals and secular event.

3. Akpoka Drumming Group: The Akpoka group was founded in 2001. This group uses only the short drums from the Gahu set, Kagan, Kidi and Sogo, as well as the Gankogui and Axatse. Their music is slower in tempo than that of the Unity group.

Both the Unity and Akpoka drumming groups are comprised of men and women who are 18 or older. Membership to each group costs three sidi and is open to all who wish to join. Men play the drums while women are the primary singers and dancers. Occasionally, women play the gankogui and the axatse.

When I asked what the primary difference between all three groups was, Efua said, “The rhythms.” She pointed out that the key to the music was recognizing that drum rhythms were not just random patterns but rather a language that denotes proverbs and conveys complex ideas. This language is learned over time and understood by a vast majority of the community.

When I asked how often the groups come together to rehearse, Efua said, “Only two to three times a year.” Official rehearsals are few and far between, while practice sessions are virtually unheard of. Skills and repertoire are acquired by listening and observing performances over the course of a lifetime. Performers come together during funerals and secular occasions about three times a month. Groups also perform at the Easter celebrations that take place twice a year. A smaller two day celebration is held mid-year in October while the major celebration coincides with Easter and runs for nine days.

Finding information about music in Dagbamete was rather simple. The difficulty came when I asked, “How had it changed?” Efua’s initial response was that it hadn’t. Music played during community functions and in the Apetorku Shrine has not changed in her lifetime. Yet upon closer analysis, the formation of two community drumming groups, the Unity in 1976 and the Akpoka in 2001, could be seen as a change in and of itself. Prior to 1976, the only drumming group in the community was the one affiliated with Apetorku Shrine.

Despite trying to be more specific and narrow the scope of my question, I received the same answer as above when I asked, “Has popular music had changed?” Efua saw popular music as the music of the shrine and the Unity drumming group. I believe that because the traditional religion is so closely entwined with the daily lives of the people of Dagbamete, it is only logical that when asked to analyzing the changes taking place in their community’s music that they see none.

It was not until I asked, “What did you listen to on the radio as a child?”, that I finally pinpointed several changes in their music. Efua recalls listening to reggae on the radio, specifically Bob Marley and Eric Donaldson. While reggae is still played on the radio, it is now accompanied by many other popular music forms: pop, rap, dance, gospel, etc. As I sat conducting this interview, a radio across the road at the convenient store played pop music. Having sparked her memory, Efua remembered one other type of music from her childhood: "Borborbor" music. Social dances were organized by mothers of the community and people would dance to the "Borborbor". This seems to be a lost tradition in Dagbamete.

Despite finding the idea of interviewing community members both intimidating and challenging, I thoroughly enjoyed meeting and speaking with Efua. Her personality and knowledge made the process a rewarding experience. I hope future interviewers are as lucky as I have been.