This week our very special guest will be Rahim Alhaj. Rahim is an Iraqi Oud virtuoso.


"Rahim AlHaj, virtuoso oud musician and composer, was born in Baghdad, Iraq and began playing the oud (the grandfather of all stringed instruments) at age nine. Early on, it was evident that he had a remarkable talent for playing the oud. Mr. Alhaj studied under the renowned Munir Bashir, considered by many to be the greatest oud player ever, and Salim Abdul Kareem, at the Institute of Music in Baghdad, Iraq. Mr. AlHaj won various awards at the Conservatory and graduated in 1990 with a diploma in composition. He moved to the US in 2000 as a political refugee and has resided in Albuquerque, New Mexico ever since. Rahim is considered one of the finest oud players in the world. He has won many accolades and awards including two Grammy nominations. Rahim has recorded and performed with other master musicians of varied backgrounds and styles including genre-busting American guitarist Bill Frisell, modern accordion innovator Guy Klucevsek, Indian sarod maestro Amjad Ali Khan and indy-rock pioneers REM. Rahim’s music delicately combines traditional Iraqi maqams with contemporary styling and influence. His compositions evoke the experience of exile from his homeland and of new beginnings in his adopted country. His pieces establish new concepts without altering the foundation of the traditional “Iraqi School of Oud." www.rahimalhaj.com


To hear some samples of his music visit: http://www.folkways.si.edu/albumdetails.aspx?itemid=3127


While Rahim Alhaj is in town, he will be preforming at the U of A's World Music Sampler concert. This concert will take place at the Winspear Centre on Sunday April 2nd at 3:00pm. Tickets for this concert are available through the Dept. of Music office (3-82 FAB) and are $20 Adults, $15 Seniors, and $10 Students. 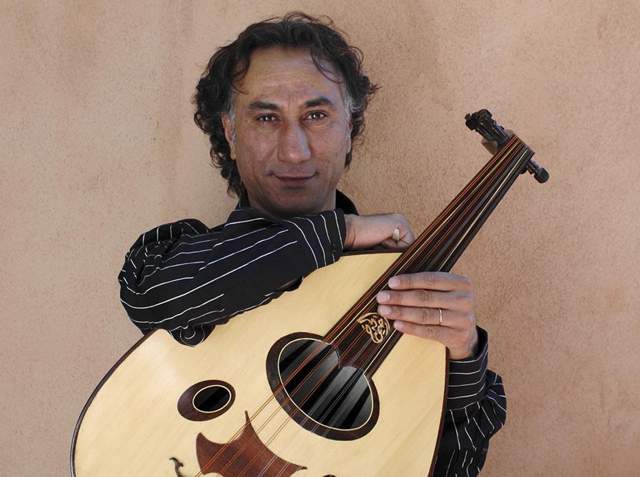