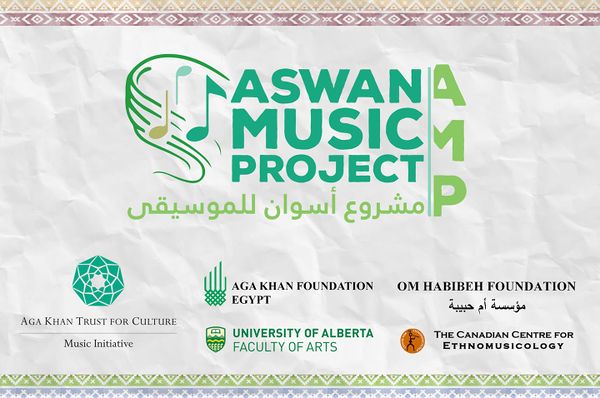 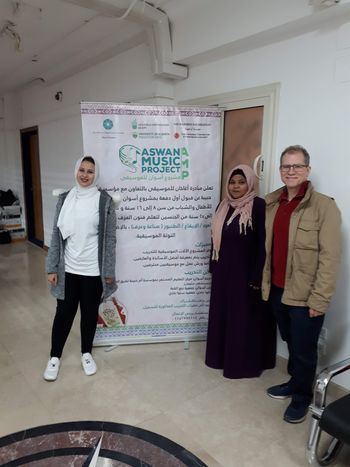 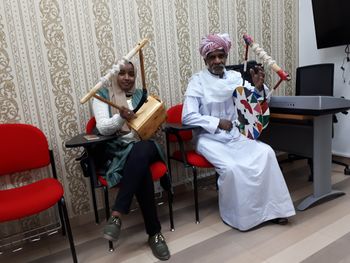 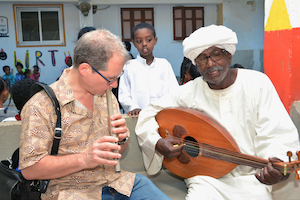 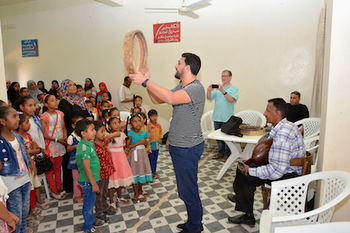 Conceived by Michael Frishkopf, Director of the Canadian Centre for Ethnomusicology at the University of Alberta, in close collaboration with Fairouz Nishanova, Director of the Aga Khan Music Initiative, the Aga Khan Foundation (Egypt), the Om Habibeh Foundation (an Egyptian registered charitable organization based in Aswan and linked to AKF Egypt, especially Abu'l-Hassan Kashef), with a local team including ethnomusicologist Kristina Nelson, El Mastaba founder Zakaria Ibrahim, and filmmaker Tamer Eissa, the Aswan Music Project aims to harness tremendous power of music and arts education to mobilise and connect communities, seeking stronger social integration and pluralism while celebrating richness and diversity of Aswan’s cultural heritage. The Egyptian project manager is Ashraf el-Kennawy.

The Aswan Music Project aims to promote the emergence and amplification of a “musical civil society” in Aswan: a socially extensive and extensible, culturally and economically vital and viable, locally sustainable social layer in the Governorate, rooted in Aswanese and Egyptian musical traditions, and creatively extended via exposure to diverse global musical currents. Through a civil society expanded and strengthened by music culture, we anticipate also tangible social and economic benefits. During the initial phase (May 2017 - Dec 2017), emergence is to be catalyzed through four pilot initiatives—(1) musician meetups, (2) musical training, (3) public events, and (4) research and documentation—all designed to support the broader programs of the Aga Khan Foundation (AKF) and Om Habibeh Foundation (OHF) towards the social and economic development of Aswan. Ultimately, using studio and communications technology, and relying on the near ubiquity of the smartphone in the area, we hope to establish a community-based archive, a repository of traditional musical knowledge and practice to which community members can contribute, and upon which they can draw as well.

The key strategy of the Aswan Music Project is the cultivation and development of “traditional music,” not as a fixed canon but, abiding by the word’s Latin root (tradition, “handing down”), as sounds and practices that are passed down through the generations. There is no reason such music can’t change, and it typically does! Often orally defined, hence embodied, flexible and adaptive—rooted in the past, but open to creative possibilities in the future—traditional music offers what is in effect a powerful social technology capable of forging and renewing social bonds within and across generations, by gathering participants; aligning perception, emotion, and behavior; galvanizing a sense of solidarity and purpose; enabling cooperative interactions infusing social bonds with sentiment; and sedimenting an affectively charged collective memory.

By promoting traditional music culture, we aim to catalyze emergence of a stronger, more interconnected, continuous social fabric linking young and old, past, present, and future, and strengthening civil society in the region. The value of such a social fabric is incalculable, if rather intangible. In a more practical vein, developing a musical civil society simultaneously provides concrete potential for economic development through musical employment (particularly for the youth) in the tourism sector, where the full potential of music and allied arts has never been developed to anywhere near its full capacity in Egypt, not only for touristic entertainments, but for musical tourism (foreigners traveling to Egypt specifically in order to learn music and participate in musical events). This is the case, a fortiori, for Aswan, a touristic site replete with natural beauty combined with monuments from Egypt’s pharaonic past, and a fascinating mix of cultures in the present, particularly as a touristic project is planned for the Nile’s west bank, sponsored by AKDN.

The project was formally launched in summer 2018, with auditions and enrollment, establishing a regular series of children's music classes in traditional Arab, Egyptian, and Aswanese music: oud, percussion, and tambura. See the AMP Facebook page for updates

See intro video, featuring Makka (in Iqlit) and a women's henna party, Sirr (in Silwa), and a Nubian folkloric ensemble in the town of Adindan.

While traditional music of Aswan continues to be performed, popular variants have displaced much of the tradition, and foreign musics from Cairo, other Arab countries, and the West can today more often be heard.

Answering to this "crisis" of traditional loss, both in Aswan and around the country, are two traditional music revival NGOs operating in Egypt today; each features a range of musical groups representing folk and religious traditional music from nearly every region of Egypt, including Aswan. They attempt to revive these forms through concerts, sponsorships, workshops, CDs, tours, and generally raising profile and status both within and outside home communitities. These are:

The Aswan music project seeks to work with these organizations and others, in order to reinvigorate the local Aswanese musical scene.

The Nubian language is completely different from Arabic, originally spoken in what is today southern Egypt and northern Sudan. It comprises two non-mutually-intelligible dialects in Egypt: Kenzi (Matukki) and Fediki (Nobi). The former lived around Aswan city, while the latter lived further south and were thoroughly displaced by Lake Nasser, formed with construction of the Aswan High Dam. Many were forcibly moved from their homeland to desert areas of Aswan further north.

The Sa`id ("elevated") is "Upper Egypt", on the upper portion of the Nile. Sa`idis are the traditional inhabitants of this region, many still tracing their origin to Arab tribes who immigrated from Arabia centuries ago. These tribes include the Jaafara, the Hawara, and others.

Via the University of Alberta's CSL program and Music of the Arab World - Music 468/568, UofA students will be contributing to the AMP project in Winter 2018, through a variety of activities.