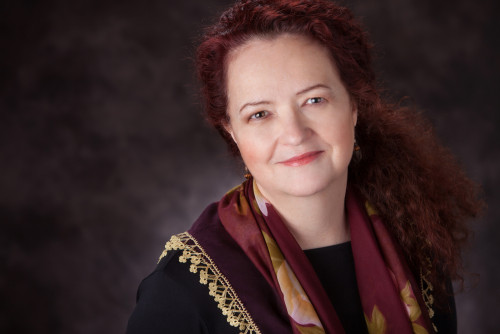 Laurie Adkin is Associate Professor of Comparative Politics in the Department of Political Science at the University of Alberta.  Her home page is: https://sites.google.com/a/ualberta.ca/laurie_adkin/?pli=1.

She is a pioneer of political ecology studies in Canada, beginning with her doctoral research in the 1980s and currently through the creation of a network of scholars linked to the Political Ecology and Governance of Alberta project. Her two recent edited works bring together political ecology and democratic theory.

She is the author of Politics of Sustainable Development: Citizens, Unions, and the Corporations (Black Rose Books, 1998) (http://blackrosebooks.net/go/profile-35227/products/view/politics-of-sustainable-development-laurie-e-adkin/28311),and the editor and co-author of Environmental Conflict and Democracy in Canada (UBC Press, 2009) (http://www.ubcpress.ca/search/title_book.asp?BookID=299172496).

First World Petro-Politics: The Political Ecology and Governance of Alberta, which she edited and co-authored, was published by University of Toronto Press in May 2016. http://www.utppublishing.com/First-World-Petro-Politics-The-Political-Ecology-and-Governance-of-Alberta.html

2015–  Collaborator in Mapping Corporate Power (SSHRC Partnership Grant) project, based at the University of Victoria, BC, and involving scholars from multiple universities, four research think-tanks, and indigenous partners.  I am in the process of developing a research proposal related to the influence of petro-state imperatives on university research. Collaboration on other dimensions of the power and influence of large corporations in the energy sector are anticipated. http://communications.uvic.ca/releases/release.php?display=release&id=1500

2015–  Member of RePublicU, Critical University Studies Research Cluster with Kule Institute for Advanced Studies (KIAS) funding, based at the University of Alberta. This group organized a roundtable on November 6, 2015, in the context of Academic Freedom Week, with British scholar, Thomas Docherty. The topic was “Shaping the Post-Neoliberal University.” RePublicU has also created a website with a public facing side and has organized two roundtables for the Canadian Sociology Association’s 2016 conference on “Critical University Studies as Pathways to a Post-Neoliberal University” (May 31, 2016, University of Calgary). https://sites.google.com/a/ualberta.ca/research-2-reclaim/

2011-14 Co-investigator in an interdisciplinary research cluster Citizen and Stakeholder Roles in Public Consultations funded by the Kule Institute for Advanced Studies (University of Alberta), involving five researchers from two universities and two RAs. This group has produced a comparative analysis of public and stakeholder consultation processes used by the provincial government in three areas of environmental policy. One joint article and one sole-authored article are being revised for resubmission to journals.

2010-14  Collaborator in the Alberta Climate Dialogue Community-University Research Alliance [SSHRC funded), including membership in the Coordinating Group and leadership of the Social Change (16 meetings in 2011-12 alone) and Policy Outcomes research group. I was involved in the drafting of the initial application, in preparation of the materials for the Edmonton Citizens’ Panel on Energy Transition and Climate Change, and attended many meetings to develop the research tools and questions for the Edmonton Citizens Panel as well as workshops on the research outcomes of the CURA over the five-year lifespan of the project. In 2013-2014 I co-edited ABCD’s Research Notes series. For examples, see: http://www.albertaclimatedialogue.ca/alberta-climate-dialogue-research-and-impacts/.

In addition to these projects, she is researching the governmental reorganization of the research infrastructure in Alberta to meet the needs of the province’s extractive model of development, and the consequences of these changes for the functions of universities, in particular.